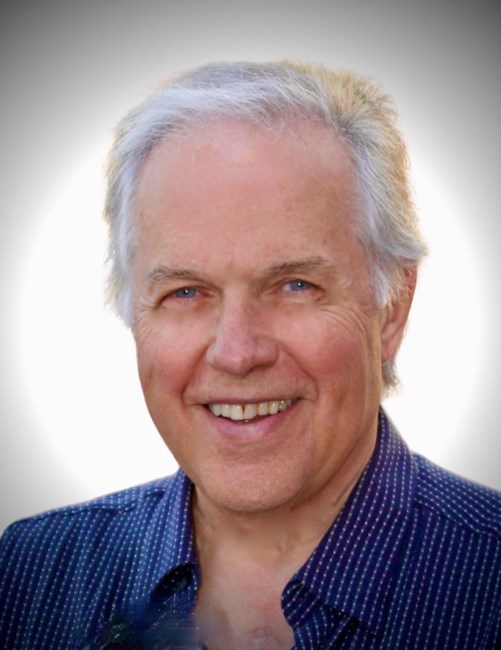 Don Farmer September 27, 1938 – March 31, 2021 As a little boy, Don Farmer wanted to be foreign correspondent. He began his career as a teenager, reporting for his hometown newspaper in suburban St. Louis, Missouri. At the end of his career, he had been a successful newspaper and radio reporter, a non-fiction author and novelist, national and local TV anchorman, network television political reporter and war correspondent and, of course, a foreign correspondent - trench coat and all. Don graduated with a journalism degree from the University of Missouri in Columbia. He was completing his master’s degree when he was offered a plum job with the NBC News election unit in Philadelphia. His advanced degree was unfinished, but his journalism career was well underway. In 1965, ABC News hired Don. “It was a dream come true. I was based in New York, a network correspondent at age 26, one of the youngest ever hired.” On his fifth day, ABC sent him to Alabama to cover civil rights demonstrations. That began his coverage of the historic movement and assassination of Dr. Martin Luther King, Jr. Don’s next assignment was to the Midwest and ABC’s Chicago Bureau where his coverage included the violent anti-war riots at the 1968 Democratic National Convention. Given Don’s passion for journalism, it’s fitting that he met his wife of 49 years, Chris Curle in a TV newsroom. Chris was a reporter at the ABC station in Houston, Texas. Don was there as ABC’s southern Bureau Chief based in Atlanta. Their first date followed their separate coverage of civil unrest involving the Houston school district. “Hey, Chris, what are you doing after the riot?” Best pickup line ever. They married two years later and moved to London, where Don was a key correspondent in ABC’s primary European bureau. They also lived for several years in Germany, where Don was Bureau Chief and international correspondent. “I was always going where people were fleeing.” Then ABC moved Don to Washington DC to cover the US Congress, first the House of Representatives and then the Senate. Chris anchored at the local ABC station. When Ted Turner created CNN in 1980, he hired Don and Chris to be among its pioneer anchors. While there, they anchored a week of historic live news programming from Cuba. Don and Chris ended their TV news careers after ten years anchoring at WSB-TV in Atlanta. While there, Don continued reporting internationally with coverage of the onset of the first Iraq War, the Fall of the Berlin Wall, the historic Reagan-Gorbachev summit in Reykjavik and unrest in Central America. For decades, Don and Chris vacationed on Marco Island in Southwest Florida. They retired there in 1997 but enjoyed part-time work as local newspaper columnists and radio hosts. Don also wrote two novels, murder-thrillers set in the TV news business. In all, Don covered disasters, politics, wars and peace talks, heroes and villains in eighty-one countries on six continents: throughout North America, Europe, the Middle East, Latin America and Asia, including the Vietnam War. Don interviewed thousands of people, some of the best in the world and some of the worst, in some of the best places on the planet and some of the most dangerous. Most memorable to him were Dr. King, Jr. and the Beatles – all four of them. Don was in the US Army Reserves for six years in the 1960s. Due to his writing and typing skills, his duties were mostly clerical. He loved baseball - the Cardinals as a kid and the Braves in Atlanta. Don passed away at Bentley Village in Naples, Florida and will be buried in the Marco Island Cemetery. He is survived by his wife, Chris Curle; his daughter, Laurie, her husband Hal Thannisch and sons Cole and Cade; his son, Justin and wife Allison and children Sarah Kate, James and Wallace; his sister, Judy and her family. Please consider donations to Avow Hospice of Naples or CurePSP. www.hodgesjosberger.com ~ www.donfarmer.com ~ chris@chriscurle.com
See more See Less

In Memory Of Don Farmer