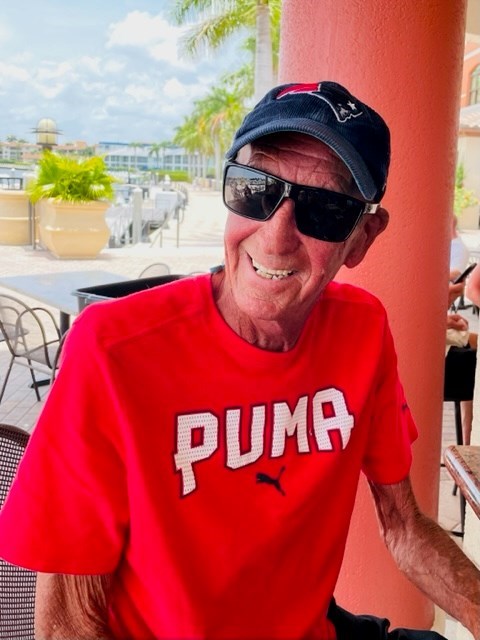 On Saturday September 17,2022 Ray Brooker passed away at home with his family by his side. Ray is survived by his two daughters Laura Abramo and Tricia Brooker, as well as many extended family members and good friends. Ray was born in England and immigrated with his parents to Canada, then later to the U.S. where they became citizens. After finishing school, Ray served proudly in the Air Force, before starting his career in the tech industry and raising his family in Massachusetts. Ray loved spending time in his garden, playing golf any chance that he could get, watching football (GO PATRIOTS), and taking trips with his family and friends. That is until he found paradise, aka Marco Island and from that point on, he was content to sit on his balcony and look out at the gulf. Ray will surely be missed by all who knew him, loved and never forgotten. In lieu of services, we will be holding a memorial in the spring, a toast to Ray. Date and info will be provided at a later date.
See more See Less

In Memory Of Raymond Peter Brooker