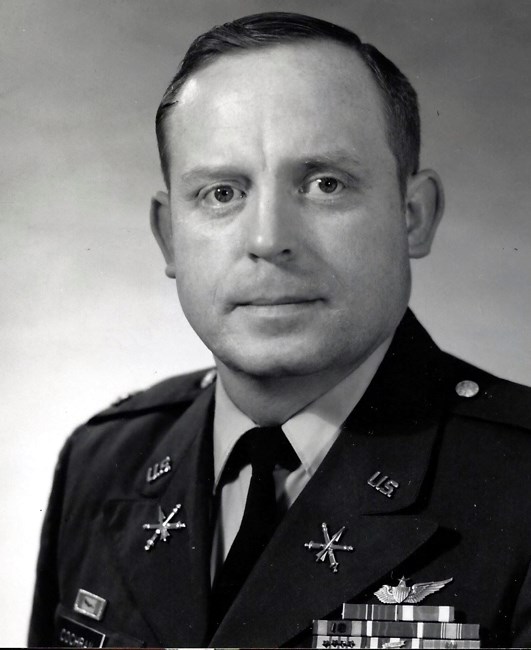 The label of hero is often overused, but in the case of Pinckney Cullen Cochran Junior it was entirely appropriate. PC Cochran, as he was known to his friends, was a real American Hero. While at Clemson Agricultural College, PC responded to a campus advertisement for helicopter pilots. It was just a whim, an amusing diversion from agricultural studies, but he was surprised to find himself accepted into the Army Aviator program. PC Cochran graduated from Clemson in 1958, and married Linda Cochran in 1959, a marriage that lasted 58 years. Showing keen avionics skills, one of PC's first jobs was a military test pilot for Bell helicopters. He was one of the very first people to fly the Bell UH-1B Iroquois, popularly referred to as the “Huey,” and one of the only people in history to survive a crash landing of the aircraft. PC’s piloting and feedback led to the final design of the UH-1C. His son Craig was born in 1964, and his daughter Kim came in 1969. During that time, PC served his country as an Army Aviator during two tours of Vietnam. This service resulted in the Legion of Merit Award, Army Commendation Medal, Meritorious Service Medal, 3 Bronze Stars, 16 Air Medals, Purple Heart, and the Superior Civilian Service Award. In 1969, PC also received the Order of Civil Merit (5th Class) from the President of South Korea for rescuing 200 Korean women and children from a flash flood. Additional leadership posts include serving as a Battalion Commander for Basic Training, Inspector General, and DOD Executive Agent. In all, PC served over 30 years for the Federal Government. In civilian life, PC was a doting and patient father and grandfather. He assisted in his wife Linda’s career as a real estate agent, served as a volunteer for the Boy Scouts of America, was a substitute teacher, and a founding sponsor of National Museum of the United States Army. PC was a kind and generous man who took every opportunity to teach the lessons of life in his own quiet, understated way. Never one of boast or draw attention to himself, PC’s Legion of Merit Award (given for exceptionally meritorious conduct) was found in the bottom of a box, a surprise to his family members. PC Cochran had a deep and enduring Christian faith, and this guided him throughout his life. His dignity, strength, and values continue to inspire all who knew him. PC Cochran is preceded in death by his wife Linda O. Cochran and son-in-law Brett Saks; and is survived by his children Craig Cochran and Kim Cochran Saks; his daughter-in-law Muriel Cochran; and his grandchildren Brynn Cochran, Cullen Cochran, Aaron Saks, and Ana Saks.
See more See Less