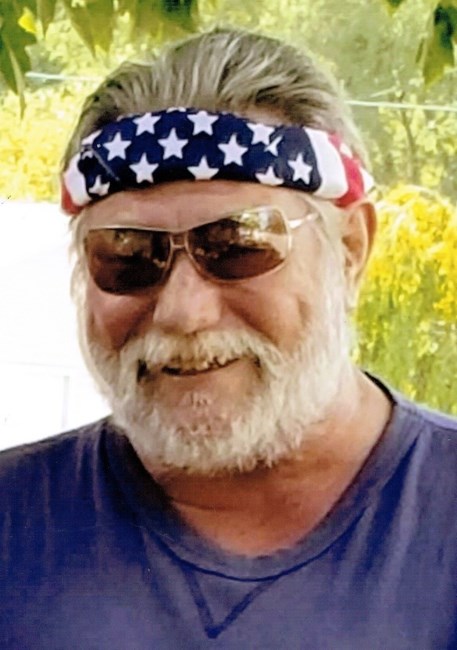 UPDATED SERVICE INFORMATION BELOW Billy J. Foshee, 71 of Markle passed away on Sunday, August 7, 2022 at his residence. Billy was a graduate of Kirby High School. He served his country in the U.S. Army. Billy ran Foshee Body Shop for 45 years. He taught karate for 20 years. He loved riding his Harley and enjoyed playing the guitar and was in the band “Laced with Grace”. Billy was a family man, he loved his family and was their rock. He was known for giving the neighborhood kids mints. He was a member of Markle United Methodist Church, VFW Post 2689 and American Legion Post 85. Billy was born on April 7, 1951 in Hot Springs, Arkansas, the son of Billy J. and Frances L. (Wisener) Foshee. He was united in marriage to Cynthia Denton on March 9, 1974 in Huntington. Cynthia survives. Additional survivors include three sons: Joshua (Dawn) Foshee of Roanoke, Joseph (Marilyn Cook) Foshee of Zanesville, Jamie Cowart of Alaska; his mother: Laverne Shenefield of Huntington; three sisters: Regina (Steve) Holton, Darlene (Charlie) Fox, Mary Ann (Alex) Hollingshead; four brothers: Larry (Carla) Foshee, Mark (Pam) Foshee, Kent (Val) Shenefield, Mike Shenefield; eight grandchildren: Ashlee (Justin) Garrison of Markle, Noah Foshee of Monterey, CA, Cooper Foshee of Huntington, Jansen Cowart of Utah, Trevor Helbert of Ft. Wayne, Cohl Lothumer of Ft. Wayne, Persais Griffith of Roanoke, Alaiyah Punzel of Roanoke and a great grandchild: Stella Garrison. He was preceded in death by his father: Billy Foshee, his stepfather: Fred Shenefield and two sisters: Phyllis Foshee and Kim Foshee. A celebration of life for Bill will be held on Saturday September 10, 2022 at 12:00 p.m. at the American Legion Post 85, located at 1410 S. Jefferson St. Huntington IN 46750. Memorial donations can be made out to American Legion Post 85 in care of Myers Funeral Home, P.O. Box 403, Markle, IN 46770.
See more See Less

In Memory Of Billy J. Foshee