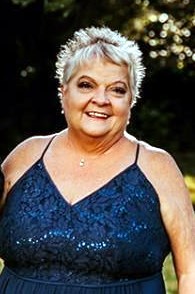 Dawn Marie Claybaker, 59 of Marlin, passed away Wednesday, September 14, 2022 in Temple, Texas. Funeral service will be at 10:00 a.m. on Wednesday, September 21, 2022 at First United Methodist Church in Marlin with Reverend Mark Pedersen officiating. Interment will follow in Hillcrest Cemetery. Family will receive friends from 6-8 p.m. on Tuesday, September 20, 2022 at First United Methodist Church. Dawn was born on January 8, 1963 to Billy Joe Cohn and Barbara (Willings) Cohn in Albuquerque, New Mexico. She graduated from Bruceville-Eddy High School in 1981. Dawn married the love of her life, Ben Claybaker on May 28, 1983. They celebrated 39 years of marriage together. She was a longtime resident of Marlin. Dawn was a faithful member of the First United Methodist Church and United Methodist Women. She worked for the United States Postal Service as a clerk for 24 years. Dawn was also a longstanding member of Alpha Kappa Sigma Sorority. She enjoyed crafting, doing puzzles, she was an avid reader, and the most recent years camping with, traveling and cheering on her husband Ben at tennis matches. Dawn was a loving wife, mother, Nana and sister always reaching out to help others any way she could. She will be greatly missed by all: her immediate family and all those who came in contact with her. One of the things she most enjoyed about her years with the post office was her ability to meet and help so many people that she came to be familiar with on a daily basis. The absolute most of all she enjoyed spending time with her family and grandchildren. To her there was no better title in the world than mom and Nana. Dawn is preceded in death by her parents. She leaves behind to cherish her memories and love, husband, Ben Claybaker of Marlin; sons, Seth Claybaker and wife, Jacy of Wharton, Zachary Claybaker and wife, Jordan of Marlin; daughter, Shelby Smith and husband, Adam of Sweetwater, Texas; two grandchildren: Andi and Haisley Claybaker; sister, Vickie Johnson and husband, Bill of Burleson, brothers, Danny Cohn of California, Jerry Cohn and wife, Joanne of League City, sisters, Denise Roliard and husband, Bruce of McGregor, Michelle Holle of Eddy; numerous nieces, nephews and a host of friends. Pallbearers: Adams Smith, Jon Robles, Milton Albright, Jace Albright, Steven Cohn, Dustin Roliard, Troy Roliard, Steven Cohn and James Cohn In lieu of flowers, memorials maybe made to the First United Methodist Church 411 Coleman St., Marlin, Texas 76661
See more See Less

In Memory Of Dawn Marie Claybaker