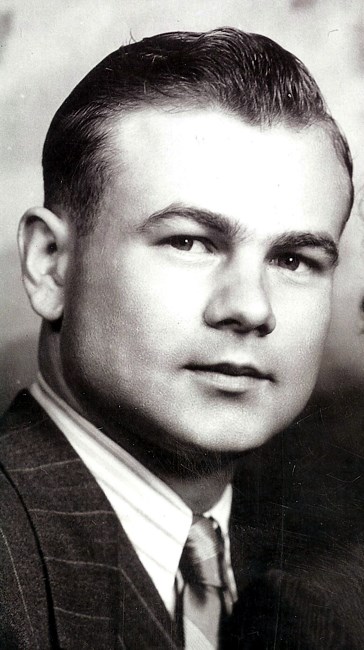 Mr. Willie H. Hegefeld, Sr., age 97 of Marlin, passed away on Saturday, January 21, 2023. Funeral service will be 10:00 a.m. Friday, January 27, 2023 at Adams Funeral Home with Reverend William Wright officiating and burial to follow at Calvary Cemetery. Visitation will be from 6:00 p.m. – 8:00 p.m. Thursday, January 26, 2023 at the funeral home. Willie was born on April 10, 1925 to Christian and Emma (Ewert) Hegefeld in Marlin, Texas. He was a longtime resident of Marlin. Willie married the love of his life, Betty Neal on October 11, 1947. She preceded him in death on October 22, 2019. He retired from the Texas Highway & Public Transportation after 39 years. Willie was a longtime member of the First Christian Church in Marlin. He enjoyed spending time with his family and grandchildren, gardening and barbecuing. He is preceded in death by his parents, wife Betty Neal; brothers, Edmund Richard Hegefeld, Chris Hegefeld; sisters, Elsie Steed, Elnora Walker, Selma Mulsow and Ruby Radle. Survivors include his sons, Bill Hegefeld and wife, Nell of Marlin, TX, Stewart Hegefeld of Austin, TX; grandsons: Neal Hegefeld and wife, Amy of Lake Jackson, TX, Justin Hegefeld and wife, Carisa of Lowell, AR, Lance Hegefeld and wife, Mary of Georgetown, TX, Ryan Hegefeld and wife, Stormi of Gatesville, TX; granddaughters, Kristina Banasik and husband, Brian of Cedar Park, TX, Katie Stufflebeam and husband, Matt of Elm Mott, TX; thirteen great-granddaughters and seven great-grandsons; brother, Raymond Hegefeld and wife, Barbara of Kaufman, TX. In lieu of flowers, memorials can be made to the First Christian Church of Marlin, Texas. Services are under the directions of Adams Funeral Home in Marlin, Texas. Pallbearers: Neal Hegefeld, Justin Hegefeld, Lance Hegefeld, Ryan Hegefeld, Brian Banaski, Michael Grote and Matt Stufflebeam.
See more See Less

In Memory Of Willie H. Hegefeld