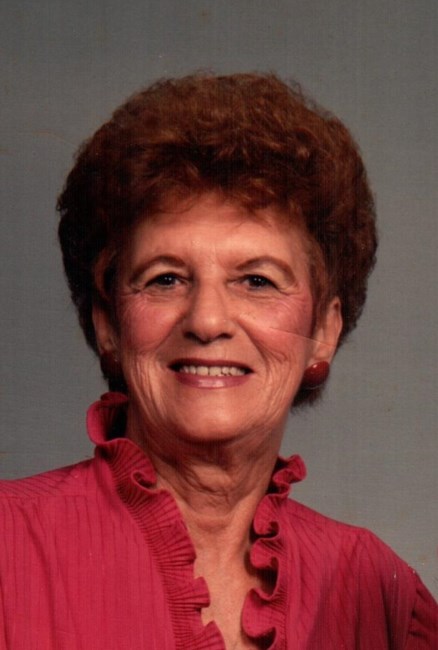 Shirley Mae Trosclair Gendron, of Marrero, Louisiana passed away peacefully on Saturday, September 17th, 2022 at the age of 96. Shirley was born in Harvey, Louisiana to the late Gilbert and Alice Trosclair. She was the loving wife of the late Walter Gendron, Sr. for 51 years. Loving Mother of Linda Plaisance (the late Nilton), Barry Gendron (Barbara), the late Walter Gendron Jr. (Malvina), the late Judy Rivero (the late Gleason Sr.), and the late Darnell Rivet (the late Lee). Proud Maw Maw to Walter Gendron III (Ilze), Lisa Brune (Ron), Gleason Rivero Jr. (Judy), Donna Billiot (Hilton), Mark Rivero (Nicholas), Michelle Lawrence (Ronnie), Melissa Plaisance, Darrin Dufrene, Jennifer Richard (Nicholas), and Bryan Gendron (Miranda). Shirley was the Grandmother of 22 Great Grandchildren and 8 Great Great Grandchildren. Sister of the late Joseph "Joe" Trosclair (the late Laura), the late Wilmer Trosclair (the late Mary), the late Thelma Mike (the late Tony), and the late Jenny Danos (the late Wilbert). She is also survived by many nieces, nephews, other relatives and friends. Shirley enjoyed cooking, bowling, and spending quality time with her loving family. She served as a volunteer for Pink Ladies Auxiliary for West Jefferson Medical Center for many years. Shirley's family would like to express their gratitude to the staff at Wynhoven Health Care Center, especially Michelle, Celeste, Lois, Wanda, Dee, Thelma, Melissa, Tiffany, Stephanie, Nicole, Deidre, Natasha, Melody, Connie, Julie, Sister Theresa, and Sister Lena. They would also like to thank the staff of Notre Dame Hospice, especially Nurse Sheila. Family and Friends are invited to celebrate a funeral Mass at 10:00AM on Thursday, September 22nd, 2022 in the chapel of Westside/Leitz-Eagan Funeral Home, 5101 Westbank Expressway in Marrero, Louisiana. A visitation will begin at 8:30AM and continue until the Mass time. Interment will follow at Westlawn Memorial Park Cemetery in Gretna, Louisiana. Fond memories and expressions of sympathy may be shared at www.WestsideLeitzEagan.com for the Gendron family.
See more See Less