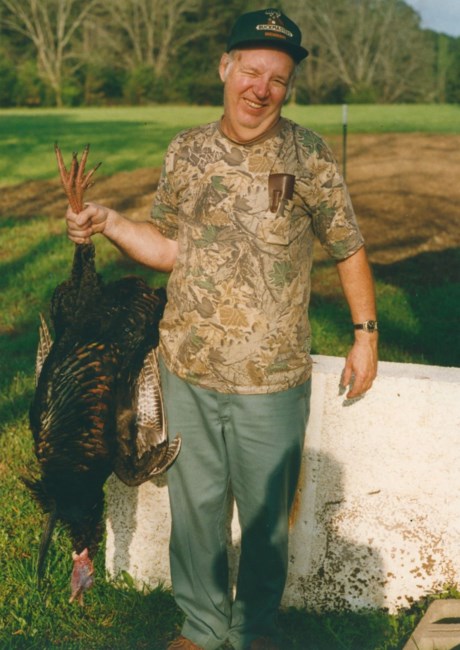 John Howard Ferrall, 84, entered into rest on July 31, 2022. Mr. Ferrall was a friendly man who would lend a helping hand to anyone in need. He helped his mother raise his brother, Richard and the two of them looked after each other through the years. Mr. Ferrall retired from Delta Airlines, was a world traveler and also was a small airplane pilot. While working for Delta Airlines, he enjoyed bowling on their bowling league. He also enjoyed fishing and hunting and was also the President of his hunting club. Mr. Ferrall is preceded in death by his parents, Walter and Mildred Ferrall; and brothers, Walter Byron Ferrall Jr. (Rose) and Charles Eugene Ferrall. Survivors include his brothers, Edward A. Ferrall (Linda) and Richard C. Ferrall (Ann); sister-in-law, Carolyn Ferrall; a special niece Stephanie Dawn Ferrall and various other nieces and nephews. The family will receive friend from 6-8pm on Friday, August 5, 2022 at Elliott Sons Funeral Home on Columbia Road. Interment will be held privately for the family. In lieu of flowers, please make donations to the Georgia Wildlife Federation, 11600 Hazelbrand Road, Covington, GA 30014.
See more See Less

In Memory Of John Howard Ferrall