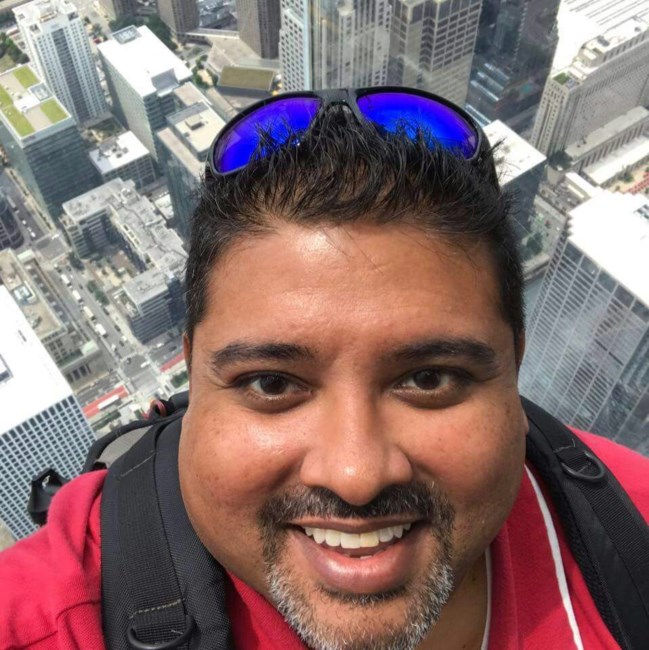 Manish Jain, 49, was born in Gwalior, Madhya Pradesh, India in 1973. After a sudden and unexpected illness, he left us on December 6, 2022. He immigrated to Canada from India in 1976, with his parents, Ashok and Asha Jain in search of a better life and better educational opportunities for their children. After living in Edmonton with his Uncle, Aunt and cousins, Manish and his parents relocated to Ontario. They then went stateside to suburban Detroit when Manish was 5 and settled in Farmington Hills, MI. In 1991, he graduated from Farmington High after earning numerous honors while having the best time of his life. After acceptance into the BS-MD program at Rensselaer Polytechnic Institute (RPI), Manish moved to upstate New York. After two years at RPI he began medical school at Albany Medical College and earned AOA honors in his third year, but more importantly, he earned the top award for OB/Gyn, inspiring his career. After graduating in 1997, he moved back home to Detroit, Michigan for his OB/Gyn residency at Wayne State University where he met the love of his life and best friend, Renee Page. After six years of dating, they wed in 2005 in true Bollywood style. In 2015, Manish, Renee and their kids Sid and Vik, moved to Augusta, Georgia to join the Medical College of Georgia (MCG) at Augusta University. Over the last seven years, he taught and mentored countless residents – earning the annual teaching award over multiple years. Manish was an amazing son, brother, uncle, and a loving husband who coached his boys in football and baseball. He was also a skilled chef whose Thanksgiving turkey was never dry; a rabid University of Michigan fan who would attend games at the Big House during his off time in residency; and an intellectual who knew every “question” in Jeopardy! and was passionate about so many subjects, including politics and Indian culture. Manish’s life was tragically and prematurely taken away from all of us and is sorely missed. Manish leaves behind his wife, Renee Page, his two sons Siddarth (12) and Vikram(8), his parents Ashok and Asha Jain, sister Divya Jain Arwindekar (Amit) and his nephews, Devan and Kaai. He also was dearly loved by his in-laws, Arthur and Renee D. Page (parents of Renee), and his sisters-in-law Erika Page and Jessica Page Bergeron (Troy Bergeron and kids Isabella, Bryce and Cameron). Services will be held on December 10, 2022 at 11am Eastern Standard Time in person at Elliott Sons (www.dignitymemorial.com) at 4255 Columbia Rd, Augusta, Georgia, United States. Facebook Live will also be available upon participants liking their page. https://www.facebook.com/ElliottSonsColumbia?mibextid=LQQJ4d Manish’s family is so appreciative of all the love and support that we’ve received and would love for you to post your favorite memories of him on the Elliot Sons website – www.dignitymemorial.com. In lieu of flowers, a donation can be made to fund a teaching award at MCG in Manish’s honor – details to come soon.
See more See Less

In Memory Of Manish Jain