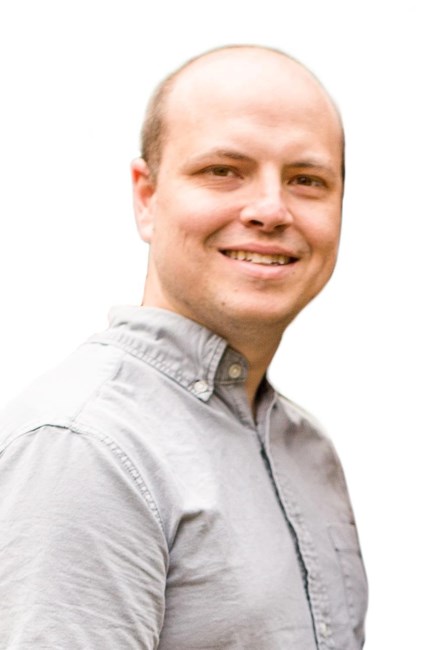 Nicholas Stephen Ranew, age 35, entered Paradise just after one o’clock in the morning on Saturday, April 25, 2020. For over 13 months Nicholas valiantly battled Glioblastoma Multiforme, fighting for every last moment he could spend with his wife and three sons. Nicholas passed away in his Evans, Georgia home surrounded by the love of his family. Born on March 29, 1985 in Augusta, the son of Margaret (Shook) and the late James Ranew. He married April (Drew) on September 17, 2011 on Folly Beach. Nicholas was a devoted husband and father. Each morning he brought April coffee in bed and each evening he tucked in his children and read with them. Nicholas proudly celebrated Kaden’s achievements in multiple belt advancements for Taekwondo, beamed with pride when Carter passed testing for the gifted program in Kindergarten, and loved playing on the floor with and reading to little Lincoln. Recently, he enjoyed daily walks with his boys. Nicholas was a 2008 graduate of Augusta State University with a degree in Computer Science. He started as an intern at Powerserve International in Augusta, where he continued to work until his cancer diagnosis in March 2019. As a dedicated employee, he worked his way up from a computer programmer to the Senior Project Manager over the company’s largest account. Nicholas loved his job and felt deep fondness for his bosses and co-workers. Some words from his Powerserve family, “Nick was an extremely loving, caring, kind, and intelligent husband, father, son, and co-worker. Nick's integrity, hard work, and leadership has always been appreciated as he has helped grow and mentored our team. Nick will be missed but never forgotten.” In addition, Nicholas provided support as a Contracted Consultant for Hubbell Power Systems from 2007 until his diagnosis in 2019. These words are from Robert Pace, Sr. Project Engineer, who worked directly with Nicholas, “Nick is the kindest of souls, a friend to all.” Nicholas leaves behind his wife, April, three sons, Kaden Dominic, Carter James and Lincoln Everett, his mother Margaret, Father and Mother-In-Law, Gregory and Norma Drew; siblings Christopher (Heather), Michelle, and Kristen (Anthony) Prichard, and nephews Gavin, Ethan, and Haiden. He will also be greatly missed by his lifelong friends, who were like brothers to him; Phillip Wasden, William Bryant, Kyle Cotton, and Trey Partridge. Nicholas is preceded in death by his father, James Sheppard Ranew. Nicholas lived in his flip-flops, loved the beach, and would often enjoy video games with his boys or his friends. Prior to his diagnosis, Nick began learning to play the piano and paint, Bob Ross style. His favorite meal was his Mom’s homemade spaghetti and he grew up fishing with his Dad, an activity he would later enjoy with his own sons. His level-headed thinking and calm demeanor were the perfect balance to April, who he met when he was 13 years old. A public Celebration of Life service will be held on Saturday, May 9, 2020 at 10:00am, drive-in style, at Wesley United Methodist Church’s parking lot, located at 825 N Belair Rd, Evans, GA 30809. Upon entering the parking lot you will be offered a program, which has been prepared with safety measures in place, using gloves and masks. Those in attendance are asked to remain inside their cars with the windows up and will be given a radio station to dial into for the service, which will take place in the front of the parking lot with the family. Following the service, there will be an opportunity to drive through a designated area where the family will accept condolences from a safe distance. Instead of wearing black, Nicholas requested that attendees of his Celebration of Life service wear his favorite color, blue, and feel free to wear your flip-flops too. Our hearts are broken, and while life will never be the same without you, we will move forward always thinking of ways to honor you as husband, Daddy, son, brother, and friend. You are the missing piece. Nick’s family would like to express sincere gratitude to his employer, Powerserve, Wesley West United Methodist Church, their neighborhood of Whispering Pines, and the entire community for the outpouring of support they’ve received during his fight with Brain Cancer. In lieu of flowers, donations/gift cards may be made to support his wife and children through their GoFundMe account (gofundme.com/team-ranew) or by mail to: April Ranew 643 Tree Top Trail Evans, GA 30809 Donations may also be made in honor of Nicholas Ranew, to “Dan’s House of Hope,” which serves as an oasis for adolescent and young adult cancer patients in Houston, TX; MD Anderson’s Brain and Spine Center, which offers world-renowned surgeons, medical oncologists, and radiation therapists, who work together to develop a customized care plan for each patient; Stella’s Wish, a foundation that grants wishes to adults who have been diagnosed with a life-threatening cancer.
See more See Less

In Memory Of Nicholas Ranew