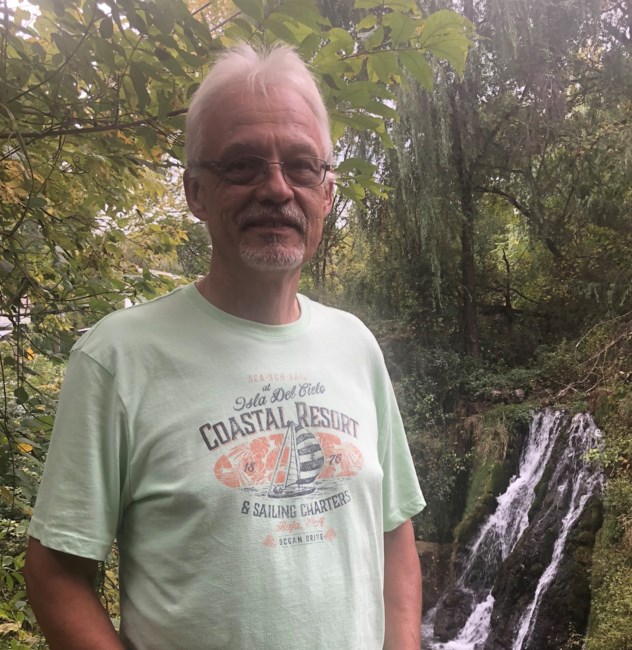 Douglas Keith Edwards, 65, of Martinsburg, passed away on Tuesday, September 20, 2022. He was born in Baltimore, Maryland, on July 20, 1957. Doug was a devoted husband, loving father, Pappy, brother, and a friend to all he encountered. He never met a stranger. He served in the United States Army from 1975-1981. He was self-employed as a truck driver for Edwards Transportation and worked for the Halltown Paperboard for many years. Doug was a hardworking man who enjoyed the simple things in life -- planting his garden, working on things around the house, and spending time with his family. You would never catch him without a smile on his face. He will be deeply missed by his wife of 39 years, Tina Edwards; his daughter, Amanda Edwards; and his granddaughter, Laylah Lindsey. In addition, he is survived by his sisters: Sharon Robinson and husband, Mike, Kimberly Selig and husband, Ronald (Tom), and Mary Garber. He was preceded in death by his parents, Clarence Edwards Sr. and Jeanetta Edwards; his brothers: Clarence (Butch) Edwards Jr. and Terry Edwards; and his son, Jeremy Edwards. The family will receive friends at Rosedale Funeral Home on Wednesday, September 28, 2022 from 6-8pm. Funeral services will be held Thursday, September 29, 2022 at 1pm at the funeral home. Interment will follow in Rosedale Cemetery. Online condolences may be left at www.rosedalefuneral.com
See more See Less

In Memory Of Douglas Keith Edwards