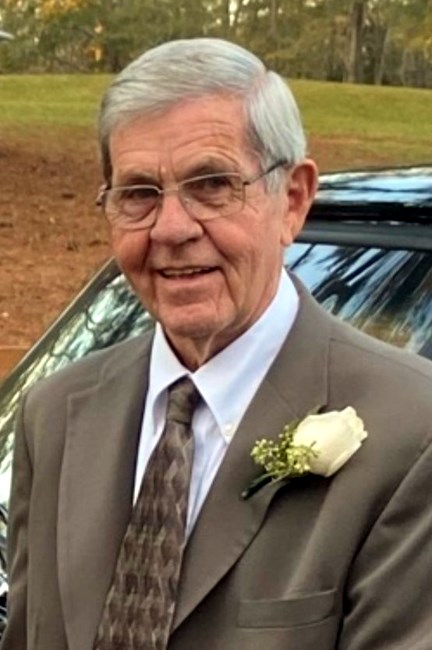 Austin Lee Caldwell, 79 of Stockbridge, Georgia, born on July 2, 1943, in Sweetwater, Tennessee, went home to be with the Lord on August 1, 2022. He was a hard-working man who loved the Lord and his family with all his heart. He worked for Carrier Building Services for 25 years and later started his own business for 12 years before retiring to travel with his wife and grandchildren. He loved cars, motorcycles, and riding bikes with his grandchildren. He was always looking for a car show near or far to attend. He was an avid Tennessee Volunteer and Atlanta Braves fan. If there was a ball game on, he was watching it or reading about it in the newspaper. He could occasionally be persuaded to watch a Hallmark movie, even when he knew it ended the same way as all the other ones he had watched. He is survived by his loving wife of 60 years Virginia Caldwell and two sons Jason Caldwell and Trevor Caldwell (Beth). He had 6 grandchildren, Jason Caldwell, Jr. (Meredith), Emily Tootle (Dylan), Carolyn Perez (Ericksson), Austin Caldwell, Dani Caldwell, and Mary Beth Caldwell: 8 great grandchildren Ryleigh Caldwell, Rylee Tootle, Ryker Tootle, Charlee Tootle, Lucas Caldwell, Harper Caldwell, Rylan Tootle, and Amara Perez: siblings, Loretta Lee (Bobby) and George Caldwell (Beverly). He also had many nieces, nephews, and cousins. He is preceded in death by his parents George and Roxie Caldwell, one brother Harl Ray Caldwell, and one Sister Naomi Stewart. Visitation with be held August 6, 2022, at Pinecrest Baptist Church in McDonough, Georgia from 11:00 am-12:30 pm. Funeral service will begin at 12:30 pm with the burial to follow at Eastlawn Memorial Park. In lieu of flowers, the family has requested donations be made to Pinecrest Baptist Church Building Fund in Austin’s name.
See more See Less

In Memory Of Austin Lee Caldwell