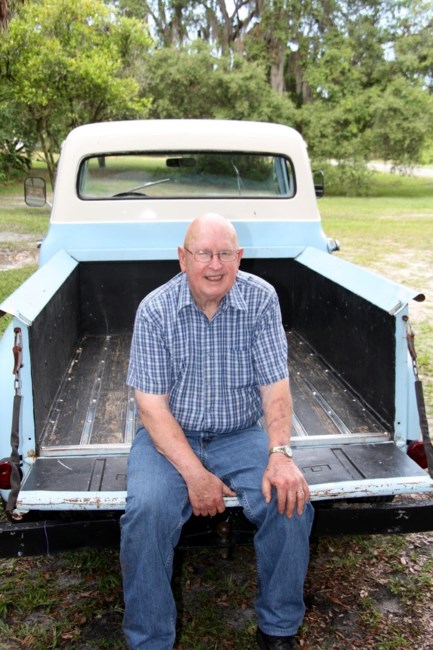 George Lemuel Forcht Sr., age 88, of Griffin, Georgia passed away January 14, 2023. He was born in Bluff City, Arkansas to the late John Henry and Susan Hiland Forcht. he was preceded in death by his siblings, Charles Forcht, John Forcht and Ruth Ward. George faithfully served his country in the United States Army and was a graduate of the University of Louisiana at Monroe. He retired after 41 years with the Federal Department of Agriculture. He was a very active member of the Northwest Tampa Church of Christ, where he was a Elder for the babies. George loved God, his family and restoring his 1956 Ford truck, "Old Blue". Survivors include his wife of 60 years, Mary Ann Forcht of Griffin; children, George Lemuel Forcht, Jr. and his wife, Paula Turner Forcht of Brentwood, TN and Susan Forcht Lockhart and her late husband, William Christopher "Chris" Lockhart of McDonough; grandchildren, John Turner Forcht, Harrison Lemuel Forcht, Hayden Julianne Lockhart and Mary Jane Lockhart. In lieu of flowers, contributions are asked to be made to the Northwest Tampa Church of Christ or to the Honduras Missions at the church, 7259 Sheldon Rd., Tampa, FL 33615 in memory of Mr. Forcht.
See more See Less