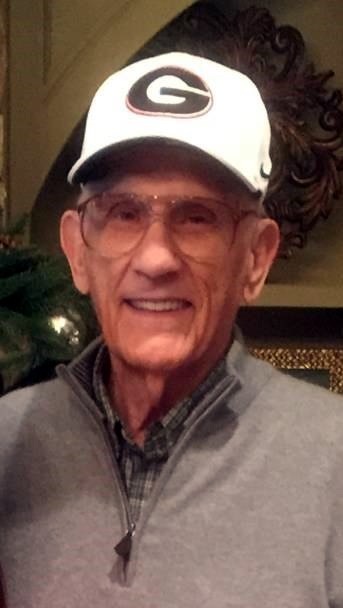 Jerry L. “Bud” Jones, age 89, of Monticello, Georgia passed away on Tuesday, January 18, 2022. Jerry was born in Tate, Georgia to the late William Homer Jones and Ruby Lee Hamilton Jones. He was preceded in death by his wife, Peggy Dolores Jones. He was also preceded in death by his son, Glenn Jones, brothers Herbert Clayton Jones, Weldon Levergne Jones and Milton Homer Jones. He is survived by his daughters, Lee Ann Hanner (Sal), Pamela Starke (Kent), Jennifer Lyle (Russell) and grandchildren, Amanda Fincher, Kyle Starke, Kathleen Starke, Payton Lyle and great grandchild Autumn Fincher. He is also survived by his brother, Jackie Randall Jones. Jerry graduated from Hapeville High School where he excelled in football, baseball and track. He served in the Army and worked and retired from Eastern Airlines. He enjoyed spending time with his family and gardening. He was an avid football fan and enjoyed watching college football, especially the Georgia Bulldogs. A Celebration of Life will be held at 2:00pm on Sunday, January 30, 2022 at Haisten Funeral Home in McDonough, Ga. The family will receive friends after the service.
See more See Less

In Memory Of Jerry L Jones