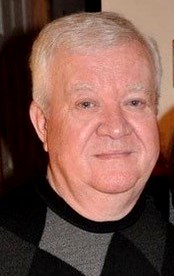 Carroll Phillip “C.P.” Delbridge, age 78, of Mechanicsville, Virginia passed away on Monday, September 19, 2022. C.P. was born August 19, 1944, to the late Horace Macon Delbridge and Mary Clyde Pearson Delbridge. He was preceded in death by his sister, Christine Chambliss and her husband, Marion Chambliss; as well as his brothers-in-law Jerry Settle and Lawrence Wright, and niece Pamela Wright Callahan. Left to cherish his memory are his daughters, Mary Carol Tyler (Robbie), Theresa Ann Christian and Chrissy White, and his sisters Mary Clyde Wright and Janice Settle. He was a beloved Papa to his grandchildren, Carter, Phillip & Molly Tyler, Brady & Georgia Christian, and Amber & Mikey Zarger, and an adored uncle to his nieces and nephews. After graduating from Brunswick County High School in 1962, he attended Danville Technical Institute, where he earned an Associate Degree in electronics technology. In August of 1964, he moved to Richmond, VA and began his career with The Chesapeake and Potomac Telephone Company, which later became Bell Atlantic and then Verizon Communications. After a long and successful career of over 37 years, he retired from Verizon on December 31, 2001. C.P served in the HHB 107th Artillery Gp Air Defense Unit of the Virginia Army National Guard and was honorably discharged in June of 1972. C.P. was an avid UVA fan who loved watching old country westerns and listening to music. He enjoyed fishing, tinkering, and was always finding something to repair. One of his favorite past times was going on rides, and he could often be found exploring the back roads of Hanover County; those roads will be a lot quieter now. He was a proud father who loved telling stories of his girls and never missed an MRA swim meet or dance recital. He enjoyed going to his grandchildren’s sporting events and remembered every birthday. Perhaps he was most widely known by his family, friends, and co-workers as the ultimate jokester. He had jokes upon jokes, some short and some so long that by the time he got to the punch line, you had forgotten what the joke was even about. He will be dearly missed and remembered as a selfless provider with an unwavering love for his family. The family will receive friends from 11 am to 12 pm on Tuesday, September 27, 2022, at Woody Funeral Home, 9271 Shady Grove Rd., Mechanicsville, VA 23116 where a funeral service will begin at 12 pm. Graveside will follow at Signal Hill Memorial Park, 12360 Hanover Courthouse Rd., Hanover, VA 23069. In lieu of flowers, please consider donating to the Hanover County Sheriff’s Office Foundation in Mr. Delbridge’s memory, P.O. Box 40 Hanover, VA 23069. Fond memories and expressions of sympathy may be shared at www.woodyfuneralhomeatlee.com for the Delbridge family.
See more See Less