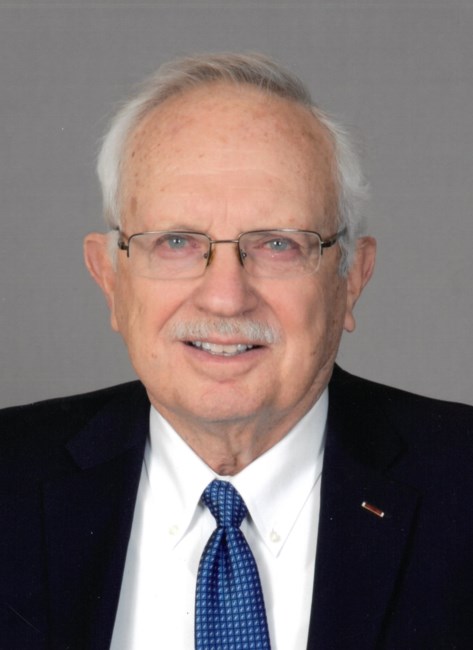 Captain James P. Googe, Jr. (Jim), retired naval officer, lawyer, and former college sailing champion died of complications from idiopathic pulmonary fibrosis on August 3, 2022 in Memphis, TN. Jim was born in Savannah, GA on November 27, 1935 to James P. Googe, Sr. and Dorothy Clemens Googe. His father, also of Savannah, was a career senior executive with the U.S. Civil Service Commission and a veteran of World War II with service in China and a retired Colonel in the Army Reserve. His mother was born in Bluffton, South Carolina where she and Colonel Googe later retired. Jim, a gentleman to the very end, was always quick with a smile, a laugh and a story. He was blessed with a large family by blood and by marriage that he treasured above everything. He was a student of naval and American history, a trivia buff, and enjoyed sailing, piano and opera. In earlier years, he was an avid runner. His annual Christmas letter was always in verse; precisely rhymed and metered, and each year he built a miniature Christmas city, fully landscaped, and populated, from among hundreds of pieces he collected. Jim graduated from Marion Military Institute, Marion, AL and was a 1957 graduate of the U.S. Naval Academy. At the Naval Academy, Jim was the captain of the varsity sailing team, twice national intercollegiate sailing champion, president of the Intercollegiate Yacht Racing Association of North America, and recipient of the John Paul Jones Trophy and the Naval Order of the United States Prize. He was the first Naval Academy sailor inducted into the College Sailing Hall of Fame. Upon graduation, Jim reported to the USS GYATT (DDG-1), the world’s first guided missile destroyer homeported in Norfolk, VA, where he met and married the former Lynda Sue Smith. Subsequent tours included Missile Officer on the USS FARRAGUT (DLG-6), Officer-in-Charge of a missile detachment on USS MCDONOUGH (DLG-8), and the Guided Missiles School, Dam Neck, VA. Nuclear-power selected by Admiral Rickover in 1964, Jim instead left the Navy to attend the University of Georgia Law School (Class of 1967) where he was a member of the Law Review, National Moot Court Team (Alternate), Student Editor of the Georgia Bar Journal, and twice winner of the Shinn Award. After law school, Jim practiced for two years at the now Hunter Maclean law firm in Savannah, GA. Jim returned to the Navy as a judge advocate, serving as military judge and deputy director of law centers in Jacksonville, FL and Pearl Harbor, HI, and as staff judge advocate to the Commander, Cruiser Destroyer Force Pacific, as chief counsel to the Naval Inspector General in DC, and as Commanding Officer, Naval Legal Service Office, Memphis, retiring in 1983. Among his decorations are the Legion of Merit and two Meritorious Service Medals. Following Navy retirement, Jim first served as the Executive Assistant Attorney General of Georgia. He then returned to Memphis in 1985 to join First Tennessee Bank as Senior Vice President where he served for 31 years. Jim retired in 2017 on completing 50 years in the practice of law. Jim was a member of the Georgia, Tennessee, Federal Bar Associations, the Military Order of World Wars, the Navy League, Sons of the American Revolution, Sons of Confederate Veterans, English Speaking Union, Emmanuel Methodist Church, and the Jeb Russell Sunday School Class of Second Presbyterian Church. Jim is predeceased by his parents and his first wife of 45 years, Lynda Sue Googe. He is survived by his wife of 11 years, Barbara Ruth Chase Googe, with whom he shared a love of family, music and travel. He is also survived by his son, James P. “Chip” Googe III of Memphis, daughters Susan G. Welsh of Evans, GA; Rebecca G. Todd of Memphis; and Lynda G. Strong of Bluffton, SC. He was a proud “Papa” to seven grandchildren and ten great-grandchildren. He was a “Bonus Dad” to Barbara Ruth’s children, James Bruckner Chase III of Somers Point, NJ; Babs Chase of Alexandria, VA; Pamela Grafton of Oxford, MS; and “Papa Jim” to his wife’s three grandchildren. Jim believed that in all things, especially his family, he was blessed! A memorial service will be held at Emmanuel United Methodist Church on August 10, 2022 at 11:00 am with visitation preceding the service from 9:30-11:00 am. Burial will be at a later date at West Tennessee Veterans Cemetery. Memorials may be directed to Emmanuel United Methodist Church or a charity of the donor’s choice.
See more See Less