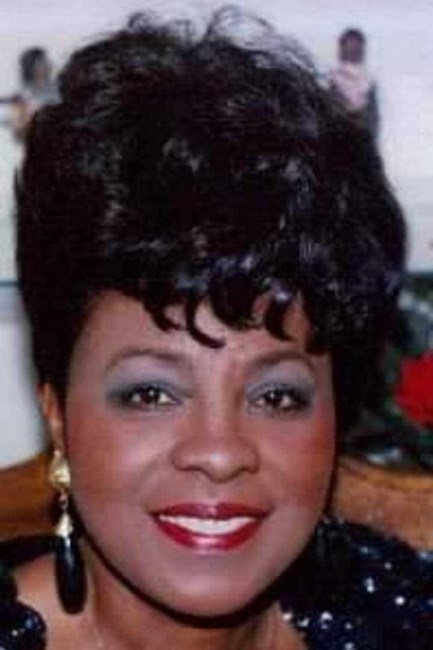 A visitation for June Renee Betton Glenn will be held Tuesday, May 17, 2022 from 4:00 PM to 7:00 PM at M. J. Edwards Stage Road Chapel, 4445 Stage Road, Memphis, TN 38128. A funeral service will occur Wednesday, May 18, 2022 at 1:30 PM at Mt. Olive CME Church, 538 Martin Luther King, Memphis, TN 38126. A committal service will occur Thursday, May 19, 2022 at 10:00 AM at West Tennessee Veterans Cemetery, 4000 Forest Hill Irene Road, Memphis, TN 38125. June Renee Betton Glenn was born October 28, 1938 in Fayetteville, Arkansas. Her proud parents, Teroy and Thelma Odom Betton raised her to be an honorable, loving and God-fearing woman. June was a product of the Little Rock, Arkansas public school district graduating from the prestigious Dunbar Senior High School. She continued her education and received a Bachelor of Science in Music Education in 1961 from Arkansas Agricultural, Mechanical & Normal (AM&N) College, now known as The University of Arkansas at Pine Bluff (UAPB). While attending AM&N, in 1958 she pledged and became a member of Delta Sigma Theta Sorority, Inc. June also attained a Master of Education from Trevecca Nazarene College in 1989. After meeting the love of her life, Wilford E. Glenn, the two were united in holy matrimony on Sunday, February 8, 1959 at Mt. Zion Baptist Church in Little Rock, Arkansas. To this union four children were born, Wilford Jr., twins Stephen and Stephanie, and Letitia. June’s first year as a choral music educator was in 1962 at Douglass High where she launched an incredible career that would prove to touch the lives of thousands of children. The Douglass Schola Cantorium represented the spirit of excellence that would resonate through all the young people she taught for decades. Career opportunities were opened and June continued her music passion at Overton High, Carver High, Northside High, and Central High. She also taught Music Appreciation at Shelby State Community College, now known as Southwest Tennessee Community College. June also participated in the West Tennessee Vocal Music Educators Association (WTVMEA) where she served in many capacities including president of the association. She later taught in Desoto County schools at Horn Lake Intermediate School and Olive Branch Middle School. She retired from teaching June 30, 2013. Her massive 51 years of mentoring, teaching, caring and genuine love for children speaks volumes of her life and reflected the epitome of choral excellence. Raised in a family of God-fearing parents, June, the eldest of 7 children, grew to love the Lord at Mt. Zion Baptist Church. She was later baptized in the name of the Lord Jesus and received the precious gift of the Holy Ghost at Life Tabernacle in Houston, Texas. While building her career in Memphis, she utilized her musical talents serving in various churches as pianist, choir member and soloist. Under the direction of her husband, Wilford Sr., she sang heavenly solos during the annual rendition of Handel’s Messiah at Mt. Olive Cathedral. June also served at Olivet Baptist Church as the Inspirational Choir musician and at Riverside Baptist Church. She also was a member of Temple of Deliverance Church of God in Christ and Mississippi Boulevard Christian Church. June joined Friendship Baptist Church under the leadership of Rev. Dr. Walter Green and continued her worship experience until her earthly departure. June loved life, all the family pets, various types of sports, and found her passion in shopping! Her mother, Thelma Betton, was a top-notch home economics teacher who poured into her life the importance of nutritious food, personal attire and taking care of family. She was a lady of excellence and made a lasting impression on those with whom she came in contact. June endured many years of health challenges, however she exemplified resilience and perseverance. She said yes to God and departed this life in the presence of her family into eternal rest at 1:20 p.m. on Tuesday, May 10, 2022. She was preceded in death by Wilford Sr. and her son, Stephen A. Glenn. Her life is celebrated by her son Wilford E. Glenn Jr. (Remell) of Houston; two daughters, Stephanie Glenn Tate (Michael) and Letitia A. Glenn, both of Memphis. She was a loving grandmother to Kimberly Black-Glenn, Garrett Tate, Jonathan Glenn, Gabrielle Glenn, and Jessica Smith; three great-grandchildren Joshua Glenn, Ashlyn Glenn and Josias Glenn. June’s memory will also be cherished by three brothers, Farrish Betton, Rev. Dr. Harold Betton, and William Betton; sister Carol Betton Meeks; nieces and nephews, Kim Betton, Sherri Lynn Betton, Benjamin Betton, Samuel Betton, Benecia Betton Moore, Alexander Betton, Jacinda Smith and Sharifa Tucker; three sisters-in-law, Ira Betton, Rochelle Betton, and Joyce Vinson; one brother-in-law Earl Vinson; long-time friends Rose Cooke, Alice Arnold and Audrey Ingram; many more family members, co-workers and a plethora of dearly beloved students.
See more See Less