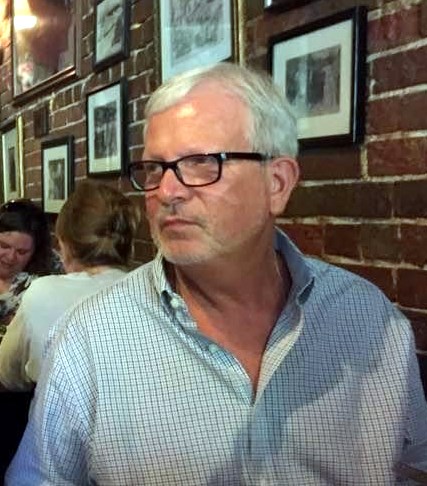 Tyrus Raymond "Ty" Legge Jr., 69, entered into eternal peace on June 13, 2022, after a courageous battle with cancer at Germantown Methodist Hospital with Gene, his partner of nearly 30 years, by his side. He was born November 16, 1952, in Memphis to Ida Christine Adams Griffin Legge and Tyrus Raymond "Buddy" Legge. Ty was a Messick High School grad, class of 1970. He earned a BSE at Memphis State in 1974 and later a Masters Degree in Administration and Supervision in 1984. He used that knowledge and skill as a math instructor at Wooddale Middle and High Schools from 1974-2004 where his former students have posted on Facebook such comments as: "I hated Algebra, but Mr. Legge sure made it fun." "He knew how to relate to the students." "I never would have survived Algebra without him. One of the best teachers I've ever had." "He was amazingly cool." "I remember when he escorted me on the field for homecoming court. He was the best stand-in father." Following retirement from teaching and "unofficial" accompanist for the school's choral groups, Ty put his full focus on another passion in his life: playing the organ. He began this journey at the age of 15 when he first played at Christ the King Lutheran Church, where his mother sang in the choir and taught Sunday School. And since July 2001 Ty had served as assistant organist/choirmaster at St. Mary's Episcopal Cathedral. But in 2006 he took on additional responsibilities at the Cathedral office as a communications assistant and subsequently the title of Associate for Liturgy & Music, After 16 years in the beloved community of the Cathedral, Ty transitioned to Holy Trinity Episcopal Church where he served as organist and parish administrator until his death. Ty was an active member of the American Guild of Organists and was awarded the CAGO title after undergoing the examinations for the "Colleague" designation in 2003. He served the Memphis Chapter of the AGO as dean, sub-dean, newsletter editor, treasurer, and scholarship committee chair. When not working Ty enjoyed jogging and ran in several St. Jude races, gardening and was honored with "Yard of the Month" at his home, swimming at the Y, cooking, martinis at Bosco's, vacationing along 30A, pampering his Episcopoodle CoCo, and lavishing genuine love on all he knew, especially Clarabella, for whom he and his husband Gene are godparents. Ty was preceded in death by his parents and his brother James Sherrill Griffin. He leaves behind his devoted husband Gene Hayden; brother William Baxter Griffin (Beate); sister-in-law Donna Griffin; nieces Michelle Stanford (Terry) and Tiffany Holman (Dudley); and great nephews Griffin Stanford (Peyton), Max Stanford, Will Holman and Christian Holman. Family and friends will gather on Saturday, June 25 beginning at noon until a memorial service begins at one o'clock in the afternoon all at St. Mary's Episcopal Cathedral, 700 Poplar Avenue, Memphis, Tennessee 38105. A reception will follow in the fellowship hall. The family asks any memorials in Ty's honor be sent to M.I.F.A. Online condolences and directions may be found at www.memphisfuneralpoplar.net.
See more See Less