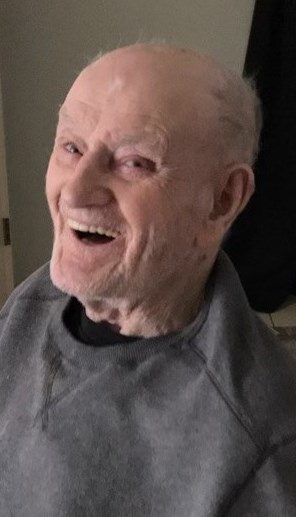 Thomas Augustine Byrne was born in Dungarvan, County Waterford, Ireland on August 17, 1929 to Bridget and James Byrne. He passed away peacefully at home with his loving family, losing his battle with Alzheimer’s and Covid pneumonia. He was 93 years old. He was a funny, kind & cheerful man, who always had a smile and hello for everyone. He was loved dearly. Tommy left Ireland at 17, working in England on the Isle of Wight before joining the Merchant Marines, sailing around the world several times on ships such as the Queen Elizabeth and the Queen Mary. In 1954 he landed in New York, where he joined the United States Air Force, becoming a United States Citizen in 1955. He served his country in the U.S.A.F for 33 years, achieving rank as a CMSgt in less than half his time in service. He was highly decorated and received many honors such as a nomination for CMSgt of the Air Force. After retirement, he worked for the Boeing Corp. and then went on to work 10 more years at Stratford Evans Merced Funeral Home. Wanting to be close to his family in Ireland, he requested to be stationed at air bases in England. It was on his first assignment at a British/American Air base that he fell in love with an English telephone operator. He married his beloved Kathleen in 1957. They continued being stationed at English bases where their daughters were born. They were additionally stationed in France and Holland as well as Merced, CA, Omaha, Nebraska and Southern California. After retirement in 1987, Kathleen and Tommy settled here in Merced to be close to their children and grandchildren. They were volunteers for many years at OLM/St. Patrick’s Parish. They were both Eucharistic Ministers and Lectures. Tommy additionally was a server. Tommy was predeceased by his beloved wife, Kathleen, his daughter Karen Byrne Maki, his great-grandson, Ethan Blevins and his son-in-law, Richard Zarate all of Merced, CA. Additionally predeceased by his parents, Bridget and James Byrne, his sisters, Eily and Maura, his brothers, Danny, Michael, Sean and Jimmy Byrne all of Ireland and England and Bill Byrne of Pacifica, CA. He is survived by daughters, Lynne Daniel of Delaware and Dawn Byrne Zarate of Merced. Additionally survived by his granddaughters, Danielle Manzanedo and Lindsey Manzanedo of Merced, Natalie Daniel Caldwell of Delaware and his grandson, Michael Daniel of Delaware. Great-granddaughter, Annalise Ramos, great-grandson, Nathaniel Cortez of Merced and Jaxon Caldwell of Delaware. He is also survived by his brother, Tony Byrne of England. Fond memories and expressions of sympathy may be shared at www.stratfordevansfunerals.com for the Byrne family.
See more See Less

In Memory Of Thomas Augustine Byrne