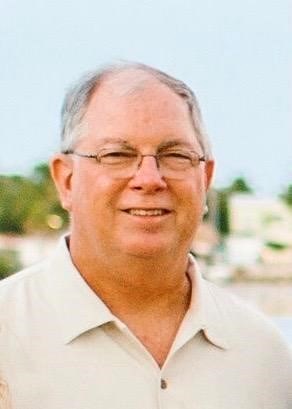 Rudi was born in the summer of 1950 in San Antonio, Texas to Lorine and Charles Strickland. Rudi and his parents along with his older brother Charles, younger sister Denise, and younger brother Tim, moved to the Houston area where Rudi fell in love with baseball. In 1963, when Rudi was 13 years old, his baseball team made their way to the Little League World Series in Williamsport, Pennsylvania. Rudi was the star left-handed pitcher who brought Houston to win second place. Rudi’s family moved to the West Palm Beach area where Rudi and Marsha met in junior high. He continued to excel on his high school baseball team and later won a scholarship to play for Indian River Community College. Eventually he was selected in the MLB draft by the Pittsburg Pirates in 1969. Then in 1970 Rudi enlisted in the Armed Forces. He served 6 years in the United States Marine Corp. In 1971 Rudi married Marsha in West Palm Beach where he worked at Pratt Whitney Aircraft. A few years later they welcomed Wendy into their family and moved to Merritt Island. In 1976 Rudi transferred to Corpus Christi, Texas where he worked with his father at Big 3 Industries. Later that year they had another daughter, Tracey, and remained in Texas until returning home to Merritt Island in 1983. Rudi was the plant manager at Air Liquide on Merritt Island, until he transferred once again to Texas to be close to family. In 2014, after 41 years of working for Big 3/Air Liquide, he moved back home to Merritt Island where he could enjoy his retirement and spend time with those he loved in paradise. Rudi looked forward to his Golden Years of being retired. He enjoyed going to the Keys, fishing with his buddies, spending time with his dogs, having cookouts with his family, and listening to music while having a cocktail by the pool. Rudi loved his Florida life and being with his family including grandchildren: Daniel, Christopher, Sawyer and Savannah. He loved good bar-b-q, cold beer, and Caribbean cruises. He will be missed by his family, friends, and all who knew him.
See more See Less

In Memory Of Rudi Strickland