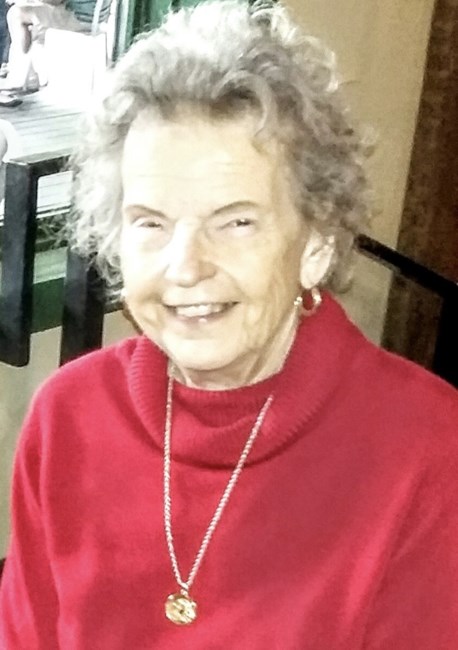 Elaine Marguerite Murphy (Prudhomme) passed peacefully in her home in Abita Springs, LA on January 20, 2022. She was born September 1st, 1928 to Joseph Edmund Prudhomme and Elise Louise Prudhomme (Maduell) in New Orleans. She is survived by her four children, Patrick Murphy (Shirley), Matthew Murphy (Lauren), Judy Murphy-Mejia (Mario) and Mark Murphy, seven grandchildren, Madeline, Elise, Ryan, Adley, Kaitlyn, Justin and Jillian, three great-grandchildren, Brooke, Brody and Sofia. Elaine attended St. James Major Elementary School and St. Joseph Academy High School, both in New Orleans. She worked as a legal secretary prior to marriage and motherhood. Later she became a real estate agent until retirement. Elaine was a member of the Julie Andrews fan club and longtime member of the WhoDat Nation. She enjoyed playing bridge with friends, gardening, cooking and traveling. Her loyal canine pets were all fortunate recipients of her kindness. She was devoted to her friends and family and was dearly loved by all of them. Her Catholic faith guided her journey through life. Elaine is preceded in death by her parents, Edmund and Elise, her brother, Joseph E. Prudhomme, Jr., and her husband, Paul J. Murphy, Jr. Thank you to the nurses and chaplain of Community Care Hospice of Hammond, LA for their care during Elaine’s last months. A private visitation and Catholic Mass attended by Elaine’s family will be January 26, 2022, at Leitz-Eagan Funeral Home in Metairie, LA. Interment will follow at St. Louis Cemetery #3. In lieu of flowers, anyone wishing to honor Elaine could make a donation to his/her desired charity/cause.
See more See Less