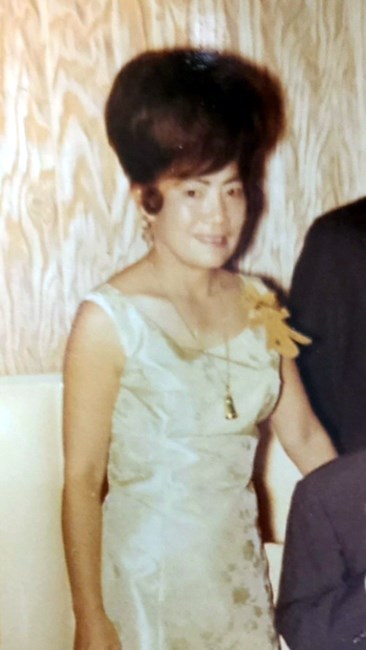 Lin Toi "Honey" Gee, age 101, went to heaven on September 19, 2022. She was a retired office manager who once owned her own import goods store in the New Orleans French Quarter. She is the sister of the late Lin Ceo (Shelly) Gee, Lin DIp Gee, Lin Seong Gee, Lin Och Gee, Lin Hoy Gee, Lin Wee Gee, Lin Gwee (Doot) Gee, Willard Christian Gee, Lin Ho Hoy, Lin Oye (Tougs) Gee, Lin Yuke (Dolly) Gonzalez, and Lin Hie (Googer) Chien. Also survived by numerous nephews and nieces. Honey was a devoted Prayer Warrior who helped so many in their time of need. She was beloved to all and will be missed. A special thanks to Ronald Gonzalez, her homecare provider, for his devotion and loyalty to her. Relatives and friends of the family are invited to attend funeral services at LEITZ-EAGAN FUNERAL HOME, 4747 VETERANS BLVD. METAIRIE, LA on Wednesday, September 28, 2022. Visitation will be from 11:00 AM to 1:00 PM with a service to begin at 1:00 PM. In lieu of flowers, the family is requesting donations be made to the charity of your choice. If you wish to send flowers, vases and plants are preferred to easels. Inurnment will be held at 11AM on Tuesday, October 4, 2022 at Cypress Grove Cemetery, 120 City Park Ave. New Orleans, LA.
See more See Less