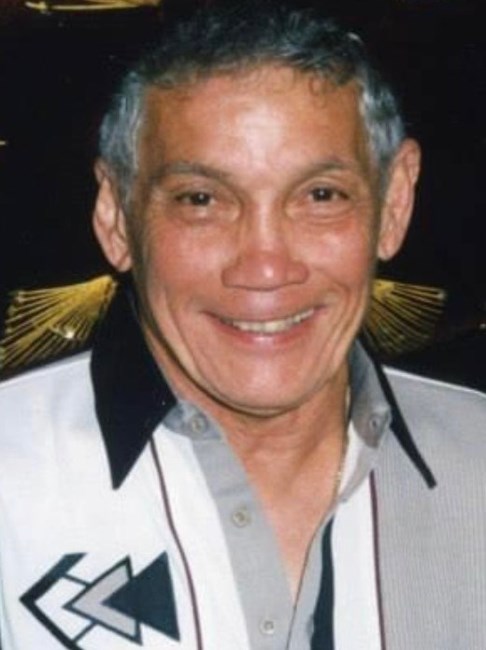 Richard Allard Gee Sr. (Richie) or Papa Gee and “The Crazy Chinaman “ as he liked to be called, passed away on Thursday, September 15, 2022 at 90 years of age in Perkinston, MS where he recently resided with his daughter Jami and family who so graciously welcomed him. He could be a handful, but he knew they all loved him and catered to his needs. He and his dear wife Joyce who was his world were blessed with six children who were by his bedside during his last days to tell him goodbye, and as hard as it was, were relieved to finally see him peacefully go to sleep and no longer be in pain. There was Debbie who he called his Earth Angel and her husband Bill Winborne who gifted Papa and Mother with seven grandchildren; Ricky (his namesake) who he referred to as Boy San (Ricky referred to him as Papa San); Chris and his wife Eileen who gifted them with 2 granddaughters; Eric (the one Papa delivered at home) who blessed them with six grandchildren; Garrett who Dad called Beanie and his wife, Bonny added four more and Jami who Dad called his Little Princess and her husband Larry contributed five to the clan. His name for all four boys when he was frustrated with them was “Punkin Head”, another term of endearment. There are numerous great- grandchildren also and they keep multiplying. Richie was born in New Orleans at home on August 22, 1932 to Florence Ford Gee and Lin Seong Gee (who preceded Richie in death). He was the first born of eight children: Shirley (Frank) Littlejohn, Goozie (aka Florence Lynn), Ning (aka Sonny), Ellis (who preceded Richie in death), Gerald (aka Uncle Boo), Faith and Keith (Peggy). Richie was was married to Joyce Dufore for 58 years, and when she passed away 12 years ago, the emptiness never left his heart. He said, “Joyce took my breath away twice - the day we met and the day she died.” He grew up in the French Quarter where he became a professional boxer. By the time Debbie and Ricky were in the picture, the family moved to Kenner and Richie went to Delgado to become a plumber. That was his career for many years until he became involved in carpentry, electrical work and in his 70’s - 80’s, worked for an interior decorator hanging window treatments. He essentially became a “jack of all trades”, which he loved and used those skills to help anyone in need. He always offered a helping hand and never said no if asked. He found great joy in his faith. Richie was baptized as one of Jehovah’s Witnesses in the early 70’s. He looked forward to going to peoples doors and sharing the Good News about the Bible. He loved going to the Kingdom Halls to help when they were being built, repaired or when he was called upon to fix a plumbing problem whether it be near or far away. Papa Gee was a unique character who impacted many lives. His family cherishes the many memories of him that we would like to share with you on Sunday, September 25, 2022 from 1:00 – 4:00 pm at Leitz-Eagan Funeral Home, 4747 Veterans Memorial Blvd. in Metairie. The discourse will begin at 2:00 pm. The repast will follow the talk. We look forward to seeing you there. Those who cannot join us in person may listen in on ZOOM. The meeting ID 492 572 5834. There is no pin. Fond memories and expressions of sympathy may be shared at www.LeitzEaganFuneralHome.com for the family.
See more See Less