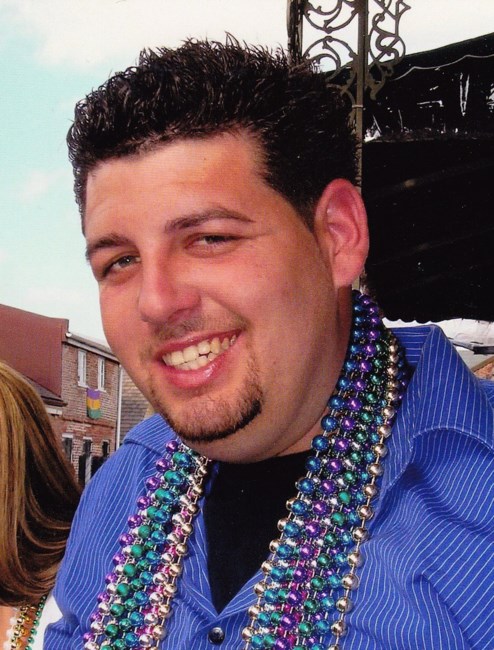 Shane Michael Vicknair Graci, age 27, passed away in Kenner La on Friday May 3, 2013. He was the beloved Fiancé of Rebecca Wilson and loving Father of Jaxson (Turbo) Vicknair.Shane was a resident of River Ridge, La and native of Metairie, La. But he was most at home at the track with his Pops. He is survived by his Mother Kim Vogel and Step Father George Vogel. His Father Ron Graci(Dawn Williams), and three brothers Justin (Ashley) Graci, Kristopher Graci, and Devon Burgess, Sister Ashton Burgess. His grandparents Liz Franz, Jimmy (Carol) Burgess,Lynn Vicknair (Diana), Vincent (Shorty) Richard,aunts Tiffany Richard,Karen (Stephen) Devall, Lisa Burgess, Kathy Graci, MaryAnn (Cyril) Rando, uncles Rodney Vicknair, Dean Hughes, and Ty Burgess, David (Anna) Graci, nieces and nephews Brooke, Zoey, Wesley and Lucas as well as numerous other loving relatives and friends. He is preceded in death by his Grandfather Cliff Franz, Grandmother Linda Richard and Grandparents Wilfred and Anna Graci, Great Grandparent Roland and Doris Vicknair, uncle Ray Richard. Visitation and Funeral Mass will be held on Wednesday May 8, 2013 from 6pm until 9pmand Thursday May 9, 2013 from 10am until 1pm at Leitz Eagan Funeral Home, 4747 Veterans Blvd, Metairie, LA.Burial will follow the funeral at Garden of Memories Cemetery.
See more See Less

In Memory Of Shane Michael Vicknair