Our mom, Gloria, was born in Camaguey, Cuba, from a very large family. She was one of the youngest of 15 children. One of them died as a baby.
Her parents were from two different parts of Spain: Andalusia and Asturias.

She was raised in a very devout Catholic family. Her mother wouldn’t give money or treats to any of her children if they didn’t want go to Mass on Sunday.
Our mom adopted a similar practice. The world could be falling apart, but Sunday Mass was never to be missed in our house no matter what.
She used to tell us: “God is first, before mom and dad.”

When she was a young girl, she learned how to play the piano by ear. She memorized and played famous songs that she heard on the radio.
Her mother decided to enroll her in piano lessons, and it was the beginning of a fruitful career. She played a variety of musical works composed by Chopin, Mozart, Liszt, Debussy, and many more. She also learned how to play the guitar.

Her music talents opened the door to a successful career. She became pianist for the ballet company owned by Prima Ballerina Alicia Alonso. She played the piano with the orchestra during numerous performances. She travelled the entire island on tours with the ballet company. After the Communist Revolution in Cuba in 1959, a new ballet company was formed. It was called The Cuban National Ballet.

Our mom was very much against communism and its atheist ideology. She had two choices: either to continue with her job, (at the expense of denying her Catholic faith and becoming communist), or to remain faithful to God and her Catholic faith, even if it meant ending her promising career. She chose the latter, of course. She always put God first. She lost her dream job. But God always provided. She decided to give private piano and guitar lessons, clandestine, to close friends and family and their children. It was against the communist regime to have a private business.

She was the choir director at Our Lady of Charity Catholic Church, in Camaguey, Cuba. She told us how the choir used to sing compositions such as Ave Verum Corpus, by Mozart, and many other Sacred Music pieces.

At the onset of communism, and thereafter, countless priests were expelled from Cuba. Our mom told us stories of how the Mass and the Churches were attacked, especially during Sunday Mass. Many times, she and several other members of the choir had to create a human barricade to protect the priest from being killed by the communist mobs, who infiltrated the Churches during Sunday Masses. One of their goals was to intimidate the congregation. Many people left the Church and never came back, but many other very courageous young people, including our mom, never turned their back to God and the Church.

Our mom described how the last procession with the Blessed Sacrament, on the streets and around the block, ended under a shower of bullets from the military. She remembered the sound of the bullets hitting the Church bells. “It was horrifying,” she recounted.
There was a particular Sacred hymn that communists detested: “Tu Reinaras” (“You will Reign”), which exults Our Lord Jesus Christ as King.

Her parents and most of her siblings immigrated to the USA in the 1960s. She met our dad in Church, and they got married in Communist Cuba. Their daughter Mari was born a short while later. Their son, Luis Manuel, had not been born yet. Her family sent her a famous “waiver” visa in the early 70s, from the USA. Our dad was in the mandatory Selective Service, which prevented him from leaving the Island. He told our mom: Go with Mari our daughter to the United States, and when my mandatory time is over I’ll try to join you.
Our mom said to him: No, we are a family. We either leave Cuba together or we stay together; and so they
stayed, and then Luis Manuel was born.

In 1983 we had the opportunity to leave Cuba, finally. There were no direct flights to the United States back then, so we obtained a Visa to go to Venezuela. There, our mom’s talents also shined. She was a music teacher for three different Catholic Schools. She learned traditional Venezuelan music and dances and prepared many cultural activities. She already had knowledge of choreography that she had acquired in her youth, while working for Alicia Alonso’s Ballet Company in Cuba. It was 1990 when we were able to come to the United States, and it was like a sigh of relief: “finally, we’re here, close to family.” Being in the USA really felt like being home.

Our mom and dad worked very hard so their children could concentrate on going to school.One day, our mom was told of a Catholic Church in Coconut Grove that needed a pianist, because their pianist was retiring. It was St. Hugh Catholic Church. This was the early 1990s.
We all served in Church. Mom and dad, and Mari were in the choir, and Luis Manuel was an altar server, and sometimes he joined the choir, too. We were very much involved in our Church as a family.

Our dad passed in the late 90s, and that affected our mom greatly. She would never be the same, although she would try to maintain her happy and bubbly personality.

During her time at St. Hugh Catholic Church, our mom was very committed to the Church and the choir. She didn’t miss a Sunday Mass. We don’t remember our mom ever taking a vacation from the choir, and she rarely got sick. The only times she took a weekend off was once or twice a year, to attend a retreat at St. Leo’s Benedictine Monastery. That retreat was her fuel.

Later, her mind started to deteriorate little by little. In the year 2015, her greatest sorrow was to have to quit playing piano at Mass. She was a strong woman of faith. She taught us that no matter what happens, God is always first. She would not go to bed before saying all of her usual prayers. In addition to that, she had a little booklet (pretty thick), full of Holy cards, prayers, etc. She would say all those prayers every night, and then would end by praying The Holy Rosary and the Chaplet of Divine Mercy. She had a strong devotion to St. Faustina and Jesus of Divine Mercy.

Her mind continued to decline, and although she was fragile and forgetful, she would still remember how to play the piano, and she would even accompany you if you sang a song to her. She was very appreciative, would not complain, and was very grateful for all the care that she received.
Our dad used to tease her saying: “Tu te vas al cielo con zapato y todo.” (You’ll go to heaven even with your shoes on).

She tried really hard to live a good Christian life as a woman, wife, and mother.
Our faith is our greatest inheritance from our mom, and for this we will be forever grateful to God.

Our mom has now reached the end of her earthly journey. We will miss her greatly. We hope that the Lord can say to her just as in St. Matthew 25: 23: “Well done, my good and faithful servant. You have been faithful in small matters ... Come and share your master’s joy.”

We trust in the Mercy of God in whom she had an unwavering trust.
Thank you for your love, for your friendship, for your support, and above all for your prayers.
May God bless you all!
With gratitude,
Gloria Beyra’s children: Luis M. Beyra and Mari Geary 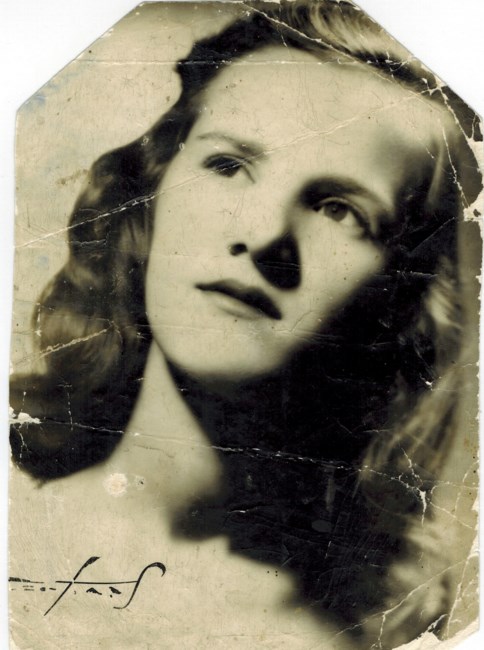 A Funeral Mass will occur Wednesday, December 1, 2021 at 11:00am at St Raymond of Penafort Catholic Church

In Memory Of Gloria Beyra