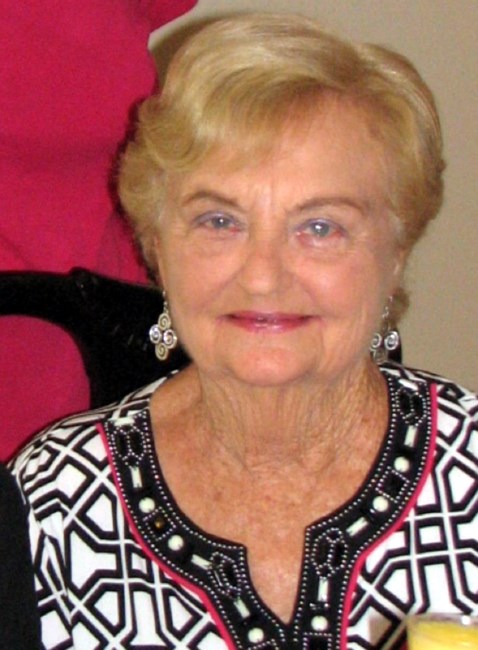 Hilda Carter, 91, is now with the Lord. She passed early afternoon, Tues., Sept. 20th. The love of family surrounded her at death. Hilda was born April 28, 1931 in New York City, and at age three (3), returned to Germany with her parents Joseph and Hildegard Grunert. At the end of WWII, Hilda and her parents relocated to Miami, where she attended Jesuit High School, and graduated in 1949. Hilda met her husband Dennis Ivor Carter (“Dennis”) at Jesuit High School. Although not “High School Sweethearts,” Hilda and Dennis married July 7, 1951. Hilda lovingly supported Dennis (passed October, 2010) as they raised their children and as he served in the Air Force, and graduated from the University of Miami, receiving his Bachelor’s degree in Business Administration in 1953 and his Juris Doctorate in 1962. Hilde and Dennis contributed much together to Miami-Dade County as he served as Assistant Miami Dade County Manager and former Budget Director and retired in 1996 after 37 years of distinguished and rewarding service. Hilda was an avid tennis player (through age 72), fan and eventual “Team Mom” (in her later years) for her daughter Cathy’s Deering Bay Y&CC tennis team. Hilda never met a stranger – the ultimate “Ms. Congeniality”. Social, endearing, and quite the conversationalist! This helped them to enjoy traveling in their retirement years. Hilda’s ultimate love was her family – it was her love for family and friends that sustained her and kept her happy and smiling. Hilda, Mom, Oma, will be tremendously missed by her devoted and loving sons Mike (Carol) Carter and Chris (Lourdes) Carter, daughters Theresa (Jack) Dicarlo and Cathy (Brian) Pariser, Grandchildren Bryan, Dustin, Michael (Katherine), Robyn(Wil), Zach, Nicole(Anthony), Michelle and Christopher, and eight(8) great-grandchildren will miss the love of "Oma.". A mass celebrating her life will be held at 11:30 AM Tuesday, September 27, 2022, at St. Louis Catholic Church, 7270 SW 120th St., Pinecrest, FL. Interment will be held at 1:00 pm following mass in the Woodlawn Park Cemetery South, 11655 SW 117th Ave. The family suggests contributions in honor of Hilda (& Dennis) be directed to the Salvation Army, www.salvationarmyusa.org., or the charity of your choice.
See more See Less

In Memory Of Hildegard E Carter