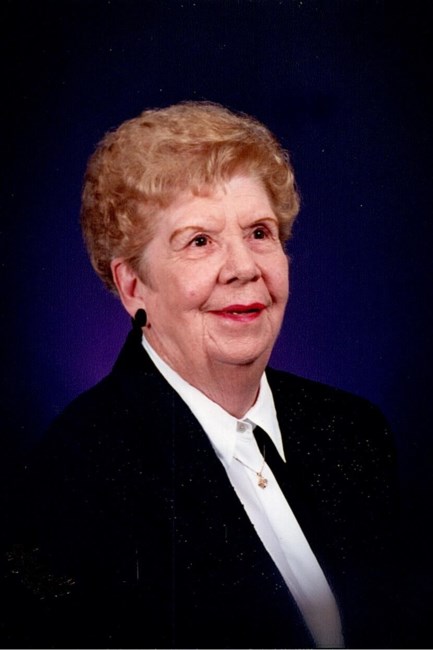 Irene M. Goodwin, 99, of Dayton, passed away Thursday, July 28, 2022 at the Wellington of Dayton. She was born February 14, 1923 in Brooklyn, New York to Bernard and Anna (Haemer) Esker. She is survived by her husband, John Goodwin; daughter, Gail (Dan) Valentine; grandchildren, Nicole Miller, Cory Miller, and John-Ryan Miller; as well as numerous nieces and nephews. Irene was preceded in death by her parents; son, Dennis Goodwin; sisters, Ruth Daniels and Ann Lilly; and her brother, Bernard Esker. Irene was active in the catholic church. She received a Papal Commendation in 1971 for her volunteer activities at St. Peter Church in Huber Heights, and she was elected Church Women of the Year in 1999 at St. Maria Goretti Church in Arlington, Texas. On July 26, 2022 Irene and her husband, John celebrated their 75th Wedding Anniversary. A Mass of Christian Burial will be held at 11 AM on Tuesday, August 2, 2022 at Our Lady of Good Hope Catholic Church, Miamisburg. Private burial will take place at Calvary Cemetery, Dayton. Services are entrusted to GEBHART-SCHMIDT-PARRAMORE Funeral Home, Miamisburg. In lieu of flowers, memorial contributions may be made to Hospice of Dayton, 324 Wilmington Ave, Dayton, Ohio 45420. Condolences may be expressed to the family at www.gebhartschmidtparramore.com
See more See Less

In Memory Of Irene M. Goodwin