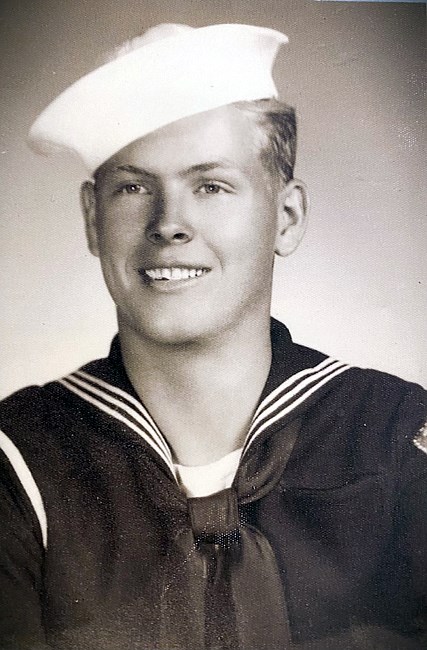 Royce Jefferson Howard was born to Ira Jefferson and Texola Maxey Howard at the family home near Tarzan, Martin County, Texas on November 15, 1927. He died on January 17, 2023, at age 95. Royce attended schools at Tarzan and Noodle and graduated from Midland High School on May 25, 1945. Royce attended Coyne Electrical School in Chicago and graduated in July 1948. He also attended East Texas State University in Commerce, Texas in 1987, 1988, and 1989. His military service included the US Navy in May 1945 and serving at Samar, Philippine Islands in 1945 and 1946. In 1948 he volunteered to serve in the Texas National Guard in Monahans and later as an employee. He then became a charter member of the Midland National Guard unit and was employed as the first Administrative Assistant in 1949. Royce then served several years in the US Army Reserve as a Chief Warrant Officer. Royce brought his three young daughters, Paula, Bobbi, and Jana to live at Boles Children’s Home near Quinlan, Texas in February 1954. Royce met Mildred Louise Atnip at Boles Children's Home where she was an employee with two young sons, Jay (Clarence) and Tommy. Royce and Mildred were married on August 27, 1954. When they married, they had five young children from previous marriages. To their marriage, they added Jeff in 1956 and Tina in 1961. Their marriage lasted over 56 years. Surviving children and their mates include Bobbi and husband Eli Guerra, Ruidoso, NM; Jana and husband Doug Lykken, Big Spring, TX; Tina and husband Ricky Rozelle, Whitewright, TX; Tommy Howard and partner Lisa, San Antonio, TX; brother Gaylon Howard and wife Pat, Midland, TX; and sister Donna Moore, Pensacola, FL. Royce was preceded in death by his wife Mildred, daughter Paula McClure; and son Jay (Clarence) Howard; and infant son Royce Howard Jr; and son Jeffrey Howard; Royce's parents Ira J Howard and his mother Texola Maxey Howard; brother and wife Leland and Janie Howard; and brother Bobby Howard; and sister Lanelle and husband Hobert Howard. Royce's career included serving as an electronic technologist for rocket and aerospace contractors at White Sands Missile Range, NM; Fort Huachuca, AZ; Fort Churchill, Manitoba Canada; and Edwards Air Force Base, CA. for over 18 years. Royce and Mildred returned home to Midland in 1974. Royce was then employed in the mud logging industry building instruments and systems from 1974 until 1980. Royce and Mildred owned and operated their own mud logging business from 1981 until 1986 in Tyler, Texas. They then moved to Boles Children's Home and became employed as houseparents. They were assigned the responsibility of a teenage girls' cottage. Royce also served as a Deacon in the Boles Home Church of Christ. He also was elected to serve on the Boles Home Independent School Board as a Trustee. He also was the assistant editor of the Boles Home News publication until 1990. In 1990 Royce and Mildred moved back to Midland. Royce chartered Howard-Atnip Technologies, Inc. and provided logging instrument repair services until retiring in 1998. Royce was a devoted husband and father to his family. Royce and Mildred were especially fond of loving sons-in-law and daughters-in-law. He was kind and thoughtful, a friend and decent in all aspects of life. Royce was baptized at age 12 at the Merkel, Texas Church of Christ in September 1939. He was thankful for the continuing grace of Jesus Christ, the forgiveness of sins, the promise of eternal life, and for the Churches of Christ here on this earth. In lieu of flowers, donations may be sent to the Arms of Hope Residential Care Ministry at Boles Children's Home Campus, 7065 Love, Quinlan, TX 75474. A public visitation for Royce will be held Thursday, January 26, 2023 from 5:00 PM to 7:00 PM at Ellis Resthaven Funeral Home, 4616 N Big Spring Street, Midland, Texas 79705. A funeral service will occur Friday, January 27, 2023 at 2:00 PM at Downtown Church Of Christ, 505 San Angelo St, Midland, TX 79701. A burial will occur Friday, January 27, 2023 at 3:00 PM at Resthaven Memorial Park, 4616 N Big Spring St, Midland, Texas 79705. The Service will be live streamed on Zoom at the link below. https://us02web.zoom.us/j/85868690199?pwd=b1JVbGR5UXpjcjJqcTd1cGFpYlhjdz09
See more See Less

In Memory Of Royce J. Howard