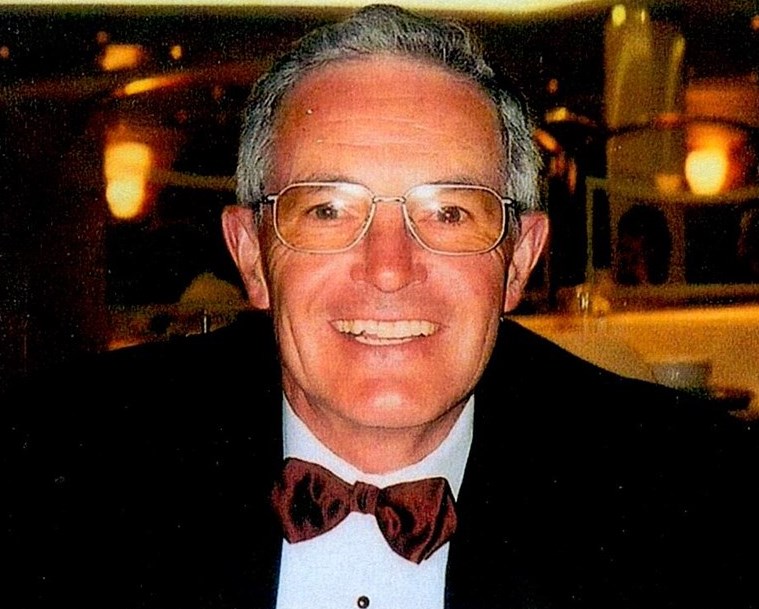 REINBOLD, Dr. Glenn David, 80, passed away peacefully on February 13, 2020. Glenn is reunited with his parents, his three brothers and his son, Kurt. Surviving Glenn Reinbold is his wife of 30 years, Carolyn H. Reinbold, his daughter, Kimberly Reinbold, his step-daughters, Kim Boswell (Tim) and Kelly Lindquist (Jeff), his five grandchildren and three great-grandchildren. Dr. Reinbold was a proud graduate of The Ohio State University where he received his Doctor of Dental Surgery in 1964. After serving two years as a dental officer in the U.S. Navy in Newfoundland and another two years at the Marine Corps Base Quantico in Virginia, Glenn returned to the Ohio State University where he completed his residency in oral and maxillofacial surgery in 1970. In 1971, Dr. Reinbold opened his private practice in Northern Virginia where he was a well-respected oral surgeon until he retired in 1998. Glenn enjoyed more than 30 years as a high school football official for the Northern Virginia Football Officials Association. As an avid Buckeye, he served as Alumni President of The Ohio State University Alumni Club of Greater Washington, DC from 1996-1997. Glenn loved to travel and enjoyed meeting new people on every adventure. With his sense of humor and friendly attitude, he could strike up a conversation with anyone! Glenn loved his family and many friends, and the time he spent with them. A celebration of life service will be held at Woody Huguenot Chapel, 1020 Huguenot Road, Midlothian, VA at 2:00 p.m. on Friday, February 21, 2020 with a reception to follow. In lieu of flowers, please donate to the Alzheimer’s Association at https://act.alz.org/donate
See more See Less

In Memory Of Glenn David Reinbold

A celebration of life service