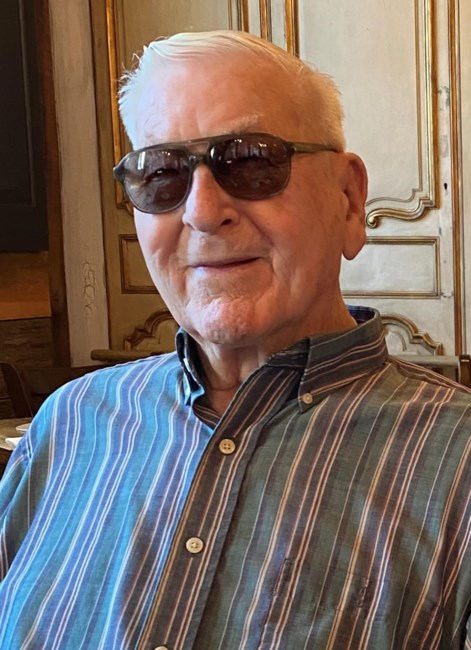 James David Hogge Sr., 94, of Chesterfield, went to be with the Lord on September 20th, 2022. James was preceded in death by his parents, Carroll A. Hogge and Cora Milby Hogge; and siblings Malcolm Hogge and Georgie Purcell. He is survived by his wife of 68 years, Hilda Bristow Hogge;; son James David Hogge Jr. (Michele); grandchildren Brandon Baird (Jennifer), Bryant Baird (Karen), Sean Hogge, and Cory Hogge; and great –grandchildren Chase, Kaylee, Owen, Emma and Averly Baird. James proudly served in the Merchant Marines after WWII. He later worked for Gloucester Supply and Standard Paper Companies. He liked old cars, riding motorcycles, and working outdoors. He loved his grandchildren and great grandchildren deeply. A funeral service will be held at Woody Funeral Home – Huguenot Chapel, 1020 Huguenot Rd. Midlothian, VA 23113 at 10:30 am on Saturday, October 1, 2022 with interment to follow. In lieu of flowers, consider a donation to the Wounded Warrior Project or your local EMS.
See more See Less