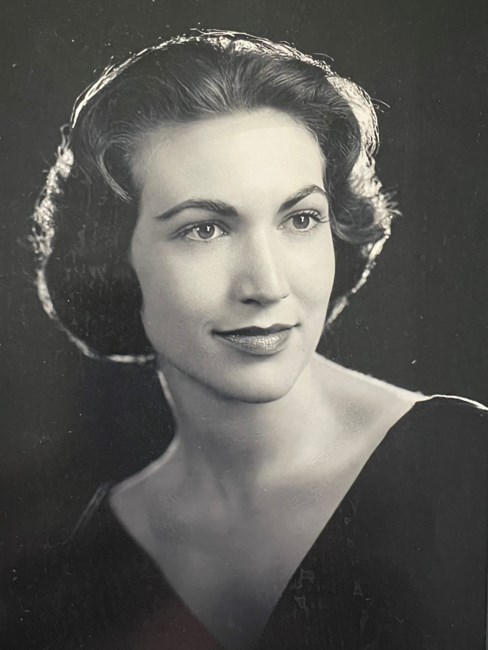 How fitting, that giant feathery snowflakes drifted outside the window as our mother died peacefully at home, surrounded by her children. She was crowned Utah’s Snow Queen while studying at the University of Utah, so the whimsical flakes seemed an apt tribute designed especially for her. Her death was as graceful as the life she lived. Her life was filled with accomplishments too numerous to mention, and included three flourishing careers: a fashion model, an educator with a masters degree from Westminster College, and owner of a thriving catering business. Even so, no career matched the success she enjoyed as the mother of five children and matriarch to a large and devoted family. To us, she was Gigi, and we adored her. We adored her Sunday dinners, her spirited witch impersonations, and her boundless generosity. Mom’s influence was also deeply felt in the local arts community; she was a dedicated supporter of Utah artists and sat on the Boards of the Utah Museum of Fine Arts and Ririe-Woodbury Dance Company. She was also a board member of The Town Club where she spent many happy hours socializing and playing bridge. In 2015, Sallee was honored there as “Woman of the Year.” She was also a favorite at the tennis club where she played three times a week until she was 86. Mom had 137 “best” friends because everywhere she went people were drawn to her essence. Although known for her striking beauty, she was beloved for her generous and kind spirit; so many in this valley have benefited from her selflessness and hard work. Mom, you are one-of-a-kind. No one will ever match your inimitable style and grace. Preceded in death by her parents; Sam and Georgetta Paxman, her loving siblings, Marva Tobler, Garth Paxman, and Patricia Smith. Also, Richard Assenberg, ex-husband and father of her five children. She is survived by her children: Julie Assenberg, Patricia Bennion, Susan Healey, Richard (Ivy) Assenberg, and Emalee Assenberg, 13 grandchildren and 16 great grandchildren, and her former husband Dr. Richard Keller. An Open House Celebration of Life will be held for all who loved her on Saturday, February 4th, from 12:00 to 2:00. Red Butte Gardens (300 Wakara Way, Salt Lake City, Utah 84108)
See more See Less

In Memory Of Sallee Paxman Assenberg