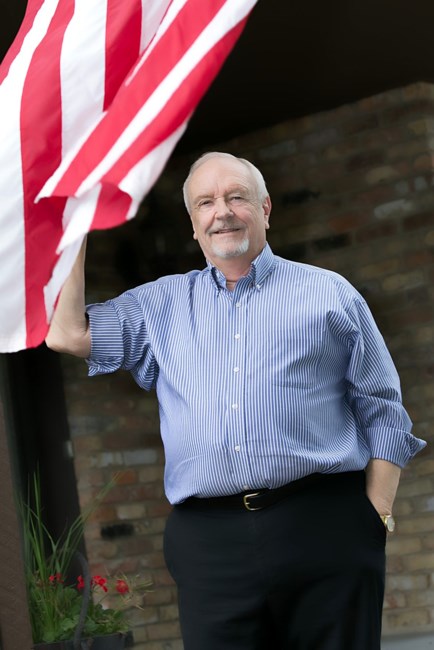 Richard W. Foster, age 78, of Arden Hills, passed away January 16 at Abbott Northwestern. Richard (Dick) Foster was born in Fairmont, MN on July 13, 1944. He graduated from Benson High School drumming with the marching band for 4 years, having a great appreciation for music. Every summer Dick worked with his father with the highway department leading him to discover his passion for engineering and graduating from the University of Minnesota in 1966 with a civil engineering degree. He then served in the National Guard for 4 years during the Vietnam War. Dick began working at Bonestroo, Rosene, Anderlik & Associates his senior year in college and remained with BRAA for 44 years, retiring with the reputation of the man who built the most water towers in Minnesota and Wisconsin. Dick met his high school sweetheart in the 8th grade, and they began dating their junior year. Even attending different colleges did not separate them. Dick proposed to Marny their senior year and they married on June 25, 1966 at Christ Episcopal Church in Benson, Minnesota. Their friends lovingly called them the “bookends” because you never saw one without the other one. Both Marny and Dick had fulfilling careers and let God guided them in creating their family, adopting their three daughters (Ginny, Caty, and Mary) from South Korea in 1976 and 1978. They loved boating on the St. Croix River, traveling to Cabo San Lucas, Jamaica, and hosting amazing themed parties. The Foster family grew over the years as their children got married and had grandchildren (Ella, Blake, Mathis, Hudson, and Madison). Dick was a faithful son, brother, husband, father, grandpa (Bapa), and friend. He lived 9.5 years as a widow, carrying on the family traditions without his “bookend” becoming mom and dad to his family. Dick enjoyed taking road trips and always found the scenic route home. One of the final trips he was able to make was driving out to Colorado to see Gary, Sue and Stephanie in 2021. We will miss his witty, thoughtful, and gentle spirit. We give God thanks for leading him to His forever home with Marny and all of his loved ones. Survived by daughters Ginny Foster (Spencer Schill), Caty (Matt) Krauter, Mary (Max) Stockbridge; grandchildren Ella, Blake, Mathis, Hudson, and Madison; brother Gary (Sue) Foster; niece Stephanie. Preceded in death by parents Darrell Foster and Myrtle (Flaata); wife Marny Foster. Memorial service to be held January 23, 2:00 pm with visitation one hour prior at Sunset Funeral Chapel, 250 St Anthony Blvd, Minneapolis, MN 55418. Arrangements with Sunset Funeral Home (612) 789-3596.
See more See Less

In Memory Of Richard Wayne Foster