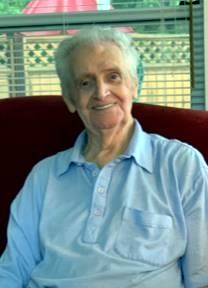 With sadness, the family of Joseph Holt announce that he passed away peacefully on May 11, 2022 in Christine Morrison Hospice at the age of 94. He was born on June 8th, 1927 in Liverpool England. Joe is survived by his daughter Margaret, daughter-in-law Paula, sister Eileen, brother Ken, granddaughter Claire and great grandchildren Jackson, Sophia, Fiona and Isabella. He was predeceased by his wife Margaret (Peggy) and son Alan. Joe was an avid Everton F.C. supporter and was a proud supporter of the Mission Firefighters Association. Joe, Peggy and their children emigrated from England in March of 1967. He worked for the North Vancouver School Board until his retirement on February 28th, 1990. He will be lovingly remembered by all that knew him.
See more See Less

In Memory Of Joseph Holt