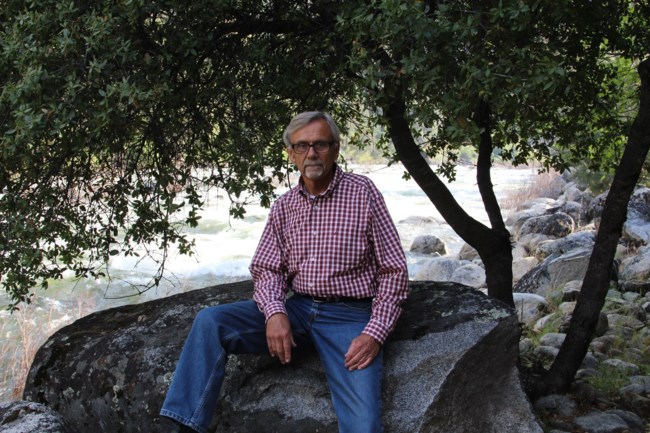 Frederick John Hasselkus, 76, of Mission Viejo, Ca., passed away on May 5, 2022 after a long battle with dementia. Fred was born on August 27, 1945, to Fred and Helen Hasselkus in Toledo, Ohio. After graduating from Harris Elmore High School in 1963, he went on to study Accounting at Davis Business School in Toledo, Ohio. While stationed with the Army at Ft. Polk, La., in 1969-71 he studied at Louisiana State University. In 1971, Fred married Judi Appelhans. They had two children, Jason, Laguna Niguel, Ca. and Ryan (Amanda) of Mission Viejo. They have six grandchildren, Jaden, Avery, MaKayla, Sterling, Ainsley and Eleanor. Fred started working for Ford Motor Credit Company in July of 1966 and after 41 years of service, he retired in 2007. During his employment with Ford Motor Credit he worked as a Sales Representative in Toledo, Assistant Branch Manager in Indianapolis, Branch Manager in Atlanta and Regional Operations Specialist in both the Southeastern Region and the North Atlantic Region, Dearborn, Mi. In 1989 he became Branch Manager in Orange County, Ca. When he retired, he was the District Manager of the Western Region. Fred was a 32 degree Mason and belonged to The Grand Lodge of F & A.M. of Ohio, PHOENIX Lodge No. 0123, Perrysburg, Ohio, Shriners International, and the Northern Masonic Jurisdiction, USA, The Valley of Toledo. Fred served on the 2010-2011 Orange County Grand Jury. Fred is survived by the above family members, sister Mary Lou Kruse, Elmore, and brother-in-law, Joe Oberski, Lambertville, Mi., and many nieces and nephews. He was preceded in death by his parents, half-brother Howard, sister Judy Oberski, and brother-in-law, Gary Kruse. Burial will take place in Elmore, Ohio, at a later date. In Lieu of flowers the family is requesting donations be made to: Salus Hospice 630 Roosevelt Irvine, CA 92620 Fond memories and expressions of sympathy may be shared at www.fairhavenmemorialservices.com for the Hasselkus family.
See more See Less

In Memory Of Frederick John Hasselkus