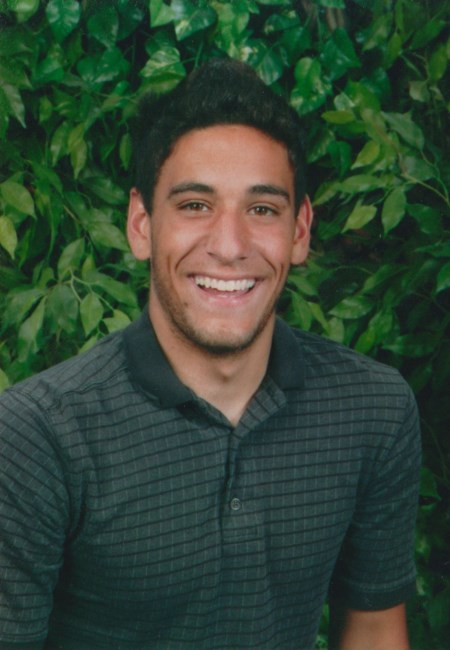 It is with great sadness, we announce the passing of Noah Naderzad. Noah lost his battle to drug addiction on April 21st, 2019. He was the baby boy we all dreamed of and when he was born on November 26th, 1988 we were ecstatic; Foad to have his own son to coach soccer, Catherine to have her baby and his sisters to have a baby brother to persuade to play their games. His sisters will remember Noah and his childhood as being filled with laughter, love and summer nights splashing in the pool. The memories of Noah will live on in our hearts as we continue to share stories of his childhood. We think back to the love he had for animals and his innocence that we will forever hold close to our hearts. At our deepest moments of heartbreak, we are comforted by memories like when Noah naively named his new pet bird “Pecker”. Or the first time, Foad and Cathy left Noah with his grandparents and when they called to check in, Noah told them he had moved out. One of Noah’s greatest qualities was the enormous size of his heart. No matter what Noah had, he was always the first to give to those who had less than him. We will try our best to carry on Noah’s spirit of generosity. As a young boy and well into his teenage years, Noah was an athlete extraordinaire. At a young age, Noah was able to take the ball from one end of the field, dribbling through the whole opposition with ease. There wasn’t a sport he didn’t excel at. In fact, Noah still played soccer on Friday nights with his father’s team up until his passing. Noah is survived by both his parents, Foad and Catherine Naderzad along with his two older sisters Emilie and Sophie Naderzad. Noah is also survived by his loving grandparents in Palm Springs, Helene, and Lanny Thacker, as well as his grandmother in Dubai, Mary K. Zehil and grandfather Phil Conrad in Lake Forest, California. Please join us in the celebration of Noah’s life on May 11th, 2019 at 10 am at Doheny State Beach. In the spirit of the avid surfer Noah was, we will have a Paddle Out for those of you who would like to join. Following the beach ceremony, we would like to invite everyone for a reception at 1 pm at the Fashion Island Hotel. We ask that you help us send Noah off with laughter, love and stories of his life. Please attend both or one of the events as your time permits. “I’ll love you forever, I’ll like you for always, as long as I’m living my baby you’ll be.” -from one of Noah’s favorite childhood books With all our love, The Naderzad Family
See more See Less

In Memory Of Noah Foad Naderzad

Paddle Out at Doheny State Beach