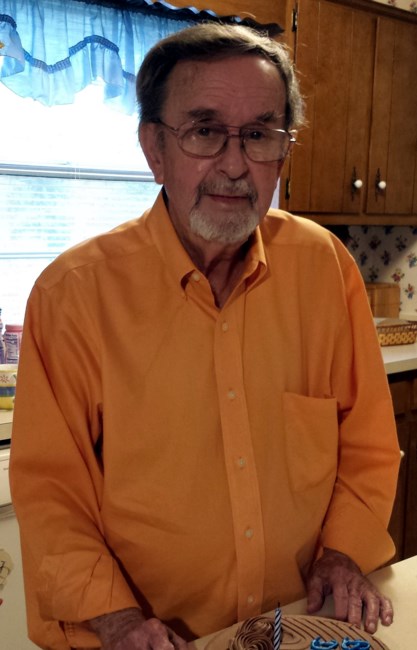 Services for Clarence Allen Horton, 90, will be 2 p.m., Wednesday, Jan. 25, 2023 at Pine Crest Funeral Home with Brother David Sargent officiating. Visitation will be from noon until 2 p.m. Burial will be at Woodlawn Cemetery in Nashville, TN. Mr. Horton died Friday, Jan. 20, 2023. He was born March 14, 1932 in Columbia, TN and moved to Nashville where he began fourth grade. It was in the fourth grade where he met Louise South, and they married upon graduation from East Nashville High School in 1951. Mr. Horton was a draftsman with U.S. Army Corps of Engineers Nashville District and transferred to Mobile, AL in 1961 where he was later promoted to architect. He retired from the Mobile District of the Corps after 40-plus years of service. After the death of his first wife, he later remarried Lessie Hunt in 1976. They were married for 35 years until her death. Mr. Horton was the son of the late Nellie and Clayton Rea and the grandson of the late Charlie and Carrie Lentz. He was preceded in death by his first wife, Louise South Horton, and second wife, Lessie Horton; son, John Horton and stepdaughter, Karen Hunt; and two half-brothers, Mike Horton and Jessie Horton. He is survived by his daughter, Jennifer Horton (Ron Hood) of Nashville, TN; stepdaughter, Pamela (Brian) Dykes, and stepson, Greg Hunt, of Mobile, AL; grandchildren, Stacy Horton-Dice (Darren) of Plainfield, IL; John (Ashley) Horton, Ricky (Nicole) Horton, Michael Horton, of Mountain Home, AR; stepgrandchildren, Brandon (Brandi) Lyndall of Ocean Springs, MS; Michael (Kathryn) Lyndall and David (Jennifer) Lyndall of Mobile, AL; Megan Hall, Mountain Home, AR; and Miranda (Alex) Brotze of Mobile, AL; and numerous great-grandchildren. He is also survived by half-brothers and half-sisters, Joe (Mary) Horton, George (Claudia) Horton, Sandra Harrison and Madeline Sharber, all of Tennessee; many cousins; and special “daughters” Karen Davis of Mount Pleasant, TN and Margie Hall Parrott of Mountain Home, AR. Special thanks to Bobbie Bitzer, Les Sansing, Garrett and Paula Dugan, Mason Turner and Mike Turnmire for being wonderful neighbors to Mr. Horton. Many thanks, also, to the nurses and doctors at Mobile Infirmary Medical Center, Gulf Coast Health & Rehabilitation and The Retreat Hospice by Saad for all of their help. In lieu of flowers, please donate to your favorite charity. Arrangements by Pine Crest Funeral Home, Mobile, AL and Woodlawn-Roesch-Patton Funeral
See more See Less

In Memory Of Clarence Allen Horton