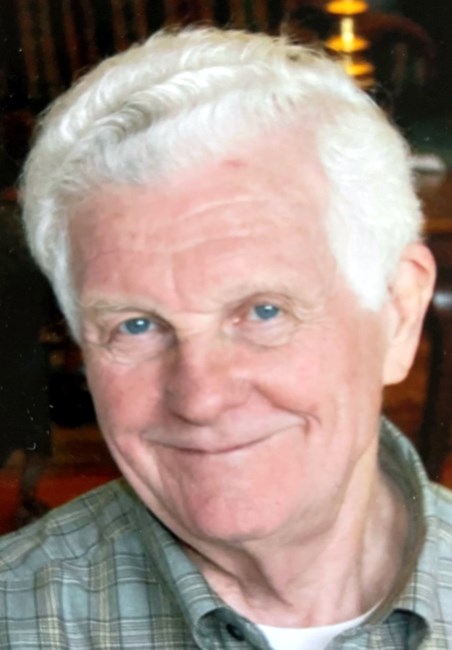 Clarence Cornelius Imsand, Jr., age 91, passed away peacefully at his home on July 30, 2022. Clarence was the oldest of 4 sons born to Clarence C. Imsand, Sr. and Elizabeth Winstanley Imsand. He was born and grew up in the Mobile area and spent part of his childhood in Galveston. He married Dorraine Heubach on April 28, 1952. After training at Keesler Air Force Base in radar mechanics, Clarence served in the U.S. Air Force as Chief of Radar Mechanics in Hokkaido, Japan during the Korean War. After military discharge, Clarence worked in TV repair before beginning a long career as a civil servant for the Air Force, Navy, and the Army Corp of Engineers. At Brookley Air Force Base in Mobile, he worked briefly in air radar before being promoted to the electrical department and then to the Quality Control division, eventually becoming Statistical Quality Control Leader. After Brookley closed, Clarence transferred to Kelly Air Force Base in San Antonio, Texas for 4 years. Upon returning to Mobile, he worked for 7 years as Branch Chief at Ingalls Shipyard on LHA assault ships for the U.S. Navy. In 1976, Clarence began 11 years working as project manager- Air Force and Special Projects Section for the Army Corp of Engineers- Mobile District. He managed government building projects in Tampa, Fort Campbell, Kentucky, Panama, Key West, and at Eglin Air Force Base. Clarence received his Bachelors degree in Industrial Management from Springhill College. He continued coursework for years eventually receiving his Professional Engineering Certificate. Clarence passed on his respect and love of learning to his children and grandchildren with his interest and support. Clarence retired in 1987 from the Army Corp of Engineers. In retirement, Clarence worked tirelessly for family, church, and friends. He built a home on Dog River for boating and water fun with children and grandchildren just as his own father had done. He also built beautiful homes for both of his daughters. He served in many leadership capacities at his church, Grace Lutheran, Mobile. He thrived on hard work and problem solving, helping friends, family, and neighbors. Clarence had a beautiful tenor voice and enjoyed singing for over 50 years in the church choir. He and Dorraine, his wife of 60 years, enjoyed square dancing and round dancing during their years together. Clarence was preceded in death by his parents, his wife, Dorraine Heubach Imsand, and three brothers: John Imsand, Robert Imsand, Donald Imsand, and one step sister, Nettie Kenney. Clarence is survived by 4 children: Bruce (Katherine) Imsand, Connie (Chris) Rowe, Paul (Leah) Imsand, Kathy (Dale) Rasmussen; 13 grandchildren: Eric (Laurie) Imsand, Erin Imsand (Joe Olivier), Ashley (Ben) Hunt, Jennifer (Brad) Salley, Christopher Rowe, Jr., Jonathan Rowe, Daniel (Meagan) Imsand, Nicholas (Ashley) Imsand, Laura (Brian) Mattei, Dane (Carly) Rasmussen, Aaron (Katie) Rasmussen, Josh (Anna) Brandon, and Stephen (Jessica) Brandon; and 19 great grandchildren. Visitation will be held at Radney Funeral Home on Dauphin Street from 6-8pm on Thursday, August 4, 2022. Funeral service will be held Friday, August 5, 2022, 10am at Grace Lutheran Church, 1356 Government Street. Internment will immediately follow on the grounds of Mobile Memorial Gardens, 600 Three Knotch Road, Mobile, Alabama 36619. Memorials can be made to Grace Lutheran Church, Lutheran Hour Ministries, or Lutheran World Relief. Fond memories and expressions of sympathy may be shared at www.radneyfuneralhome-mobile.com for the Imsand family.
See more See Less