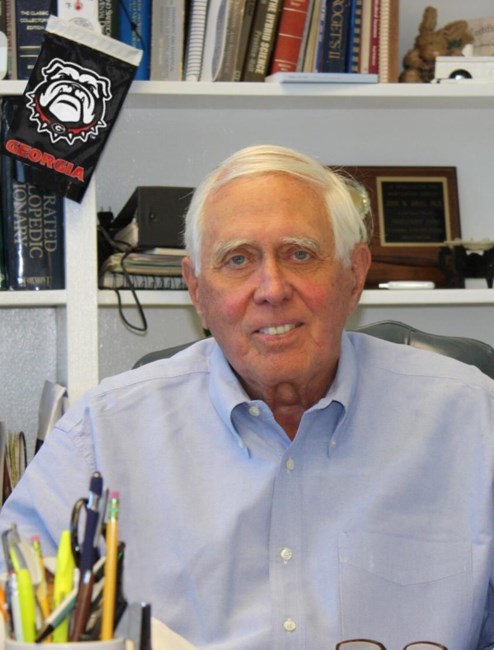 Dr. John William Davis, a 78 year old longtime resident of Daphne and Mobile, Alabama, passed away on Thursday, May 12, 2022. John was born November 24, 1943 in Pinehurst, North Carolina to Dr. Thompson Davis and Anna Mae Carper Davis, and spent his childhood in Marion, Virginia, graduating from Marion High School in 1961. Dr. Davis completed his Ph.D. at University of Georgia and his internship in Clinical Psychology at the VA Hospital in Miami, Florida. He moved to Mobile in 1972 to work as an assistant professor at University of South Alabama while he started his private practice, which opened in June of 1972. In 1975, his private practice replaced his university affiliation in priority, and he practiced psychology for nearly 50 years. John enjoyed many activities outside of the office, including golf, boating, gardening, and tennis. He was active in the community as a consultant for several local hospitals and mental health centers, and also served as a consultant for local youth programs, regional businesses, and social agencies. Additionally, John was active in professional organizations on a local, state, and national level, serving as president of the Alabama Psychological Association on two separate occasions. Dr. Davis was preceded in death by his parents, Thompson Elder Davis and Anna Mae Carper Davis; sister, Dodi Honko; and brother, Thompson Elder Davis, Jr. He is survived by his 4 children, Sherri Bartels (Tom), Jordan Davis (Eric Leisenring), Carper Davis (Liz), and Marianna Bruns (Matt); his sister, Margaret Ingram (Houston); brother-in-law, Nick Honko; nephews Tim Carter(LeGay) and Tom Davis (Allison), niece Wendy Carter, five grandchildren; his cat Winslow, and many other relatives, friends, colleagues, and patients whose lives he touched throughout his lifetime. Dr. Davis lived for helping others and the opportunity to make a difference in someone’s life - whether it be through his work, lending an ear for advice, or telling a silly dad joke to make you smile. He will be dearly missed by all who knew and loved him. A Celebration of Life will be announced at a later date. Condolences may be offered at www.radneyfuneralhome-mobile.com.
See more See Less