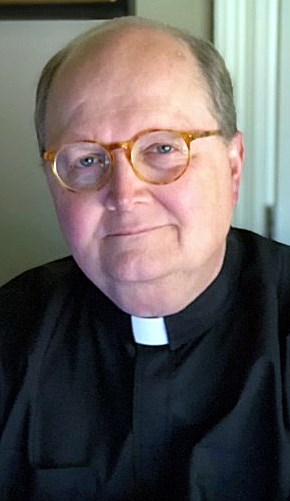 Monsignor Laurence A. Gipson – Monsignor Laurence “Larry” Gipson, age 78, a resident of Mobile, AL, died on July 29, 2021 in his home. Monsignor Gipson received an undergraduate degree from the University of Memphis as well as Masters of Divinity from Yale University, Berkeley Seminary and the University of Saint Thomas, and a Doctorate of Divinity Degree from Yale University, Berkeley Seminary. He was ordained into the Episcopal Church in 1970 and served parishes in Nashville and Knoxville, Tennessee, served as Dean of the Cathedral Church of the Advent in Birmingham, Alabama, and the Rector of St. Martin’s Episcopal Church in Houston, Texas. He retired from the Episcopal Church in 2007. Father Gipson was ordained into the Catholic Church in 2013, serving Our Lady of Walsingham Catholic Church in Houston, Texas and St. Gregory the Great in Mobile, Alabama. He was preceded in death by his parents, Winston McNeil Gipson and Mary Elizabeth Saucier Gipson of Memphis, TN and his brother Gerald Gipson of Memphis, TN. He is survived by his wife of 57 years, Mary Frances Griffith Gipson, his two children, Elizabeth Fain Gipson Logan and Phillip Laurence Gipson (Mara), both of Mobile, his grandchildren Aidan Logan, Mary Frances Gipson, and Claire Gipson and his sister Margaret Kinhil of Memphis, TN. Prayers for the Deceased and family visitation followed by the Funeral Mass will be held on Wednesday, August 4, 2021 from 9:30 – 11:00am at St. Ignatius Catholic Church in Mobile, Alabama. In lieu of flowers, the family request that memorial be made to St. Ignatius Building Something Beautiful for God campaign. Fond memories and expressions of sympathy may be shared at www.radneyfuneralhome-mobile.com for the Gipson family.
See more See Less