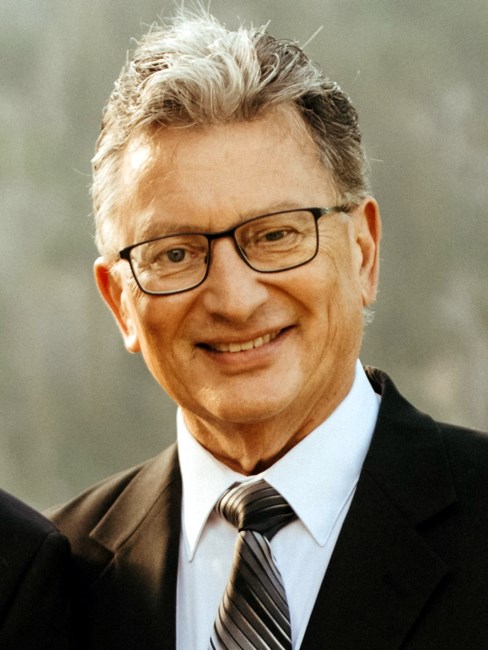 Kevin Ranell Hofer, 68, passed away on January 14, 2023 with his family around him after a courageous battle with Lymphoma. He was the loving husband of Charlotte and devoted father to Karissa Kondo (Drew), Kevin D. Hofer (Chelsea), and stepfather to Casey Miller (Susan), Abby Schneider Miller (Erik), and Jessica Miller. Kevin has two sisters, Pam May (Randy) and Ranae Mack (Elwin), and is predeceased by his father Menno Hofer and mother Marcella Hofer. He was grandfather to Kellan K., Ellie, Zephyr, Ava, Nolan, Kellan S., Oliver, and Baby Boy Hofer (due June). Kevin was born in Freeman, South Dakota on April 18, 1954. He grew up in a farm house where he practiced piano 3 hours daily, without exception. After graduating high school, he went on to study at Minnesota State University where he received a BFA in Piano Performance, and later a Master’s Degree in Choral Conducting. Years later he went back to school for a second Master’s Degree in Spiritual Formation/Spiritual Direction. Apart from these degrees, Kevin was a never-ceasing student and seeker of truth, always trying to discover answers to those big questions in life. He needed more than simple answers, he needed the why. It was admirable just how intently he searched. Since Kevin was a young man, he was dedicated to spreading love through his musical gifts. At the young age of 17, he began work in the music department of the church across from his home. In his young adult life, he traveled the globe singing with the Mighty Wind group, and spent several years as a singer in the PTL Club. The most notable part of his career was his 45 years as a music pastor. Kevin was a man with organizational, musical, and leadership skills that could take any group of people and turn them into an incredible worship team. He was a warm, welcoming presence for musicians and singers to feel comfortable coming forward with their talents. Kevin taught people how to bring passion and life-giving energy to worship each and every Sunday. Whether there was one person on stage singing a solo, or an orchestra and choir of 100, Kevin gave his whole heart to making it the best it could be. He touched the hearts of countless people, creating environments that gracefully guided people into worshiping the Lord. Kevin loved his wife and best friend Charlotte. Not only were they married for 38 years, they worked together nearly the entire time. They were a team, a partnership, and even after all those years, they loved each others’ company. Community and family was everything to Kevin. He was a social butterfly, a connector of people, a storyteller, a joke teller, and the world’s best and most detailed host. If you mentioned something you enjoyed, even in passing, he’d have it ready for you the next time you entered their home. Kevin was the most loving father imaginable, giving everything he had to raising his children. He loved without condition, gave without reservation, and even in his final days, showed concern for others. A Memorial Service will be held at Salt House Church, 11920 NE 80th St. #100, Kirkland, WA 98033 on January 27, 2023 at 10:30AM. Immediately following the service, people will gather at the Hofer’s Home for lunch (address to be provided at service). Fond memories and expressions of sympathy may be shared at www.PurdyKerr.com for the Hofer family.
See more See Less

In Memory Of Kevin Ranell Hofer