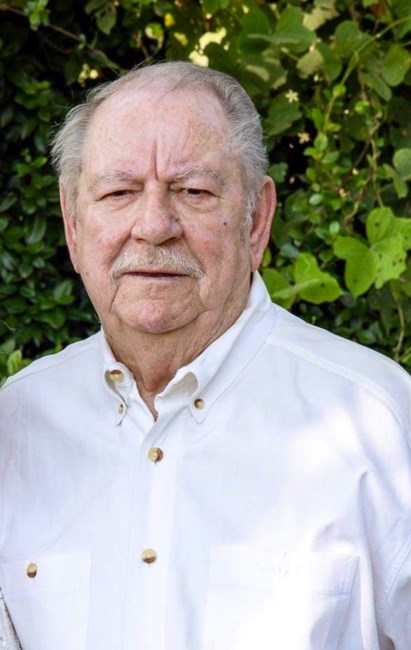 Roger Dale Dodd, age 78, of Montevallo, Alabama passed away on Friday, January 13, 2023. Roger was born November 15. 1944. He is survived by his two children, Shirley Batson (Jeff), and Johnny Dodd (Rebecca); seven grandchildren, Paige Brown (Tyler), Colby Dodd, Ryan Batson (Lauren), Jonathon Dodd Kyle Batson (Kaylee), Katelyn Strickland (Corey), and Christina Batson; 13 great grandchildren, 3 brothers, Charles Dodd (Lois), Gary Dodd (Diane), and Jerome Dodd (Judy); 2 stepchildren, Shena Clark (Keith), Andy Frazier (Nadine); and 4 step grandchildren. He was preceded in death by his parents, Frank and Ella Dodd; 7 brothers, Quinton Dodd, Jack Dodd, Loyec Dodd, Hoyt Dodd, Frank Dodd, Jr., Steve Dodd, and Rex Allen Dodd. Roger Dodd was a loving husband, father, grandfather, and great grandfather. He built his own own business from the ground up. His honesty and generosity was his cornerstone to his success in business and life.He never met a stranger and was always willing to help anyone when called upon. Roger was loved by his family, friends, and acquaintances. He could always bring a smile to anyone's face with his one-liners and comical jabs. He loved World War II history, especially the Eastern Front, which came from his time stationed in Germany while serving as a Sergeant in the United States Army. Roger was truly loved and will be deeply missed. A visitation for Roger will be held Tuesday, January 17, 2023 from 3:00 PM to 4:00 PM at Rockco Funeral Home, 3715 Highway 25, Montevallo, Alabama 35115. A celebration of life will occur Tuesday, January 17, 2023 at 4:00 PM, 3715 Highway 25, Montevallo, Alabama 35115. A graveside service will occur Wednesday, January 18, 2023 at 1:00 PM at Oak Grove Church of Christ Cemetery, 3155 County Highway 59, Haleyville, AL. Fond memories and expressions of sympathy may be shared at www.rockcofuneralmontevallo.com for the Dodd family.
See more See Less

In Memory Of Roger Dale Dodd