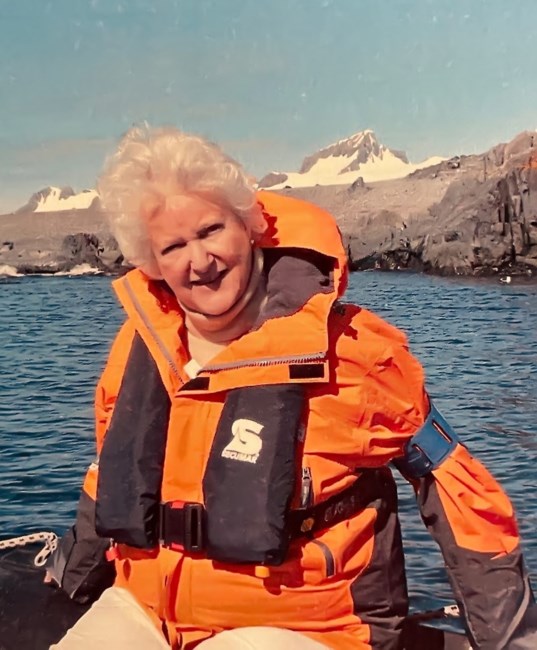 Cynthia Hyndman (née Gordon) on Friday January 20, 2023, peacefully, at home, after a short illness, with her family by her side. Cynthia Hyndman was predeceased by her parents Keith and Diana Gordon, her brother Peter, her first husband David McConnell and second husband Burton Hyndman. She is survived by her children; Linda (Peter Leus), Peter McConnell, Diana (Tony Hillman) and Jane (Philip Giffin), and by her sister Eve MacDougall and Eve’s children. She will be missed by her grandchildren; Alexandra Leus, Jason Leus (Cindy), Willa Leus (Nicholas Martire), Andrew Leus (Emily Hedges), David McConnell, Graham Angus (Kate Ann Vandermeer), Tessa Angus, Sophie Giffin (Cayetano Lacroze), Sally Giffin (Laurent-Philippe Beaudoin), her step-grandchildren; Ashley, Bryan and Madison Hyndman, Oliver, Coco and Anna Porte, and her nine great-grandchildren. Cynthia was born on November 13th, 1925 and grew up in Montréal. She attended the Sacred Heart Convent School, Miss Edgar’s and Miss Cramp’s School and Montreal High School where she used to listen to fellow student Oscar Peterson play the piano at lunchtime. In 1948 Cynthia moved with her growing family to Dorval. There her four children were raised in a house filled with flowers from her garden and a kitchen supplied with home-grown vegetables. Summers were spent in Maine or boating on Lake St. Louis. Winter weekends were spent at Mont Tremblant; Cynthia was an enthusiastic but sometimes terrifying skier. She was an active volunteer at the Montreal General Hospital Women’s Auxiliary, the Red Feather Campaign, the Montreal Rehabilitation Centre (now the Lethbridge-Layton-Mackay Rehabilitation Centre), the McConnell Foundation and the Lachine General Hospital Foundation. She took up golf in her forties and served as Women’s President at Mount Bruno Golf Club. Cynthia loved to travel, which she did widely with her husband Burt. She found it hard to resist an adventure or a dare. This was evident in her turns at riding a camel in Egypt, parasailing in Mexico, trying out a zip-line high above the rainforest of Costa Rica when in her late eighties, and travelling to Antarctica several times in her nineties. She enjoyed many wonderful holidays on cruises to far-flung corners of the world. When Covid shut down that part of her life she missed it dearly, and was hoping to rejoin her friends on board a ship in the upcoming year. A great sports fan, Cynthia cheered on the Canadian team at the World Juniors Hockey Championship. and watched, with her usual pointed commentary, Andy Murray’s match at the Australian Open just a few days before her death. She was most upset when Roger Federer retired last year. She was a funny, sharp-witted and fiercely independent woman, and she remained so until the last moments of her life. Now Cynthia has moved on to her next great adventure. At her request there will be no memorial service. A private family interment has taken place at the National Field of Honour. Thanks go to Father Doug Nicholson for the sensitive graveside service. The family would also like to thank Cynthia's care-givers Aurora and Belen, the CLSC staff and Nova Home Care nurses for their compassion and support. In lieu of flowers please consider a donation in Cynthia’s memory to either: the Lethbridge-Layton-Mackay Rehabilitation Centre through the Habilitas Foundation at: https://habilitas.ca/ways-to-donate/, or Nova Home Care at : https://www.novasoinsadomicile.ca/waystogive.
See more See Less