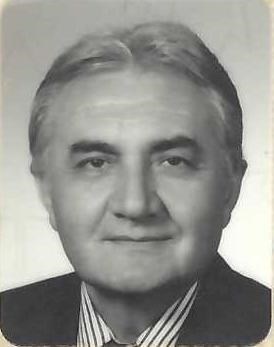 JOVAN CVEJIC May 14, 1934 - January 12, 2023 My best friend, the love of my life, my husband chose me to be his spouse. He was my protector for 55 years. Jovan, aged 88, died at home with his beloved wife, Helen, at his bedside. Jovan was born in Zrenjanin, Yugoslavia, brother of Nada and son of Vida and Milorad Cvejic. He studied Medicine at the University of Belgrade. He left Yugoslavia determined to see the world. He met his future wife, Helen Cumming, during their Psychiatry Residency Program Training at McGill University. Jovan and Helen have 2 children, Elizabeth (husband Kevin Patterson and children - Justin and Ella) and Michael (wife Jelena Nedeljkovic and son Aidan). Jovan practised Geriatric Psychiatry at the Royal Victoria Hospital-McGill University and at the Douglas Hospital-McGill University. He also served as a Consultant to the Maimonides Hospital for a number of years. He was very dedicated to his patients and they appreciated his attentive care. Jovan was a man of many talents. He played the violin and taught himself to play the piano and accordion. He was very involved in the Serbian Community. He supported Dr. Drago Papic in his efforts to finance the purchase of a church for the Serbian community, the Holy Trinity Serbian Orthodox Church. He served as President of this Church following Dr. Dimitrije Pivnicki. He welcomed the visit of the Crown Prince Aleksandar Karadjordjevic and his wife to Montreal. He organized visits of Serbian authors and poets to Montreal, as part of his involvement with the Serbian Heritage Academy of Canada. He arranged for a number of classically trained Serbian musicians to perform concerts in Montreal. Many were welcomed into his home. He shared much compassion, philosophy and humour with close friends, as far back as 75 years. He enjoyed meeting with his friends. He was also a match maker for a number of them. Another pleasure for him was sitting at a cafe with an espresso and “a pound of newspapers”. Jovan was a strong believer in family cohesion. He created a home atmosphere full of spirit, love and happiness for his wife, children and especially his grandchildren, on whom he bestowed much attention and warmth. He shared a love of travel, visiting over 50 countries, on 5 different continents. As a family, we shared precious times at the cottage on Lac Chapleau, in La Minerve, Quebec. Special Thanks to Dr. David Dawson and Dr. Marcel Fournier for their expertise and supportive care to Jovan. We would also like to thank staff at the CLSC Cavendish especially the OT, Michele Boudrias, and his home caregivers including Josephine. Welcoming words by Dr. Michael Cvejic followed by a mass, conducted by the Reverend George Cimesa, will be held on Monday, January 30, 2023, at 10 am, at the Holy Trinity Serbian Orthodox Church (349 Melville Avenue, Westmount, H3Z 2J7, 514-932-8529). Refreshments will be served, following the mass, in the church vestibule. In lieu of flowers, donations can be made to the Holy Trinity Serbian Orthodox Church in the name of Jovan Cvejic.
See more See Less

In Memory Of Jovan Cvejic

Send flowers in the next 21 hours for guaranteed delivery.