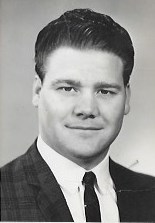 Garrett William Jester was born January 25, 1943 in Oran, Missouri to William and Dorch Jester and passed from this life into Glory, September 21, 2022 at home in Wenatchee, Washington surrounded by his family. Garrett attended Conquerors Bible College in Portland, Oregon 1964 to1967, where he met and married Pat (Sanders), July 22, 1967. To their union were born three children, Todd William Jester, married to Annette (Mooney), Ronald Arthur Jester, and Patricia Kaye (Jester) Bedolla, married to Aaron Bedolla. Seven grandchildren, Tayah and Braihdin Dillard, Brenden, Branden, and Bryce Steadman, True Lee and Jude Jester. Garrett is survived by siblings, Betsy Jester of Chaffee, Missouri and Lloyd Jester of Kenosha, Wisconsin, numerous nieces, nephews, sister and brothers in law, and friends. Garrett is preceded in death by mother, father, five sisters, three brothers, and one granddaughter. Garrett’s biggest love was for Jesus. He never missed an opportunity to speak to someone about salvation. Many lives were touched through his ministry. Garrett was an entrepreneur at heart. During his ministry, Garrett pioneered several churches, starting in Camas, Washington shortly after marriage and attended services in Vancouver, Washington. From Camas, they moved to Morton where he pastored for about a year. In 1969, Garrett and Pat moved to Wenatchee where they started a church, which is now Life Church on Rock Island Road, East Wenatchee. In 1979, Garrett felt the calling to move to Okanogan/Omak, Washington where they once again pioneered a church. Garrett started a jail ministry and was able to touch many lives. After 11 years (1990), they returned to the East Wenatchee church and pastored. In 2009 Garrett retired from the ministry due to health issues. Garrett and Pat moved to Mesa, Arizona where they enjoyed retirement. In 2015, they moved back to Washington and lived in Yakima until 2020 when they moved to East Wenatchee until his departure on September 21, 2022. Garrett's life was truly a life of sacrifice to Jesus. He was a devoted true love to his wife and loved his family wholeheartedly. Garrett rest in your freedom, we will see you one day. Goodbye for now.
See more See Less

In Memory Of Garrett William Jester