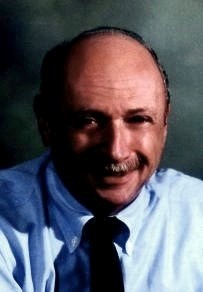 Carl Machover, a computer graphics pioneer and graphics "evangelist", died Monday, at his home in White Plains, NY, after a prolonged illness. He was 84. Trained as an electrical engineer right after World War II, Machover began his career in an era when computers occupied entire rooms while lacking even basic visual displays. “Computer graphics are the cure for no known disease,” he liked to joke, alluding to his uphill battle to convince companies that better graphical interfaces would deliver value. A sought-after public speaker, he combined his engineering knowledge with business savvy to champion full-color, real-time graphics displays for everything from complex scientific data and architectural design to computer-animated movies – a vision he lived to see turn into reality many times over.

Born in Brooklyn to Rose and John Machover, Carl was three when the family moved to Davenport, Iowa. After graduating from Davenport High School, Machover enlisted in the Navy during World War II, in the Eddy radar and radio program. Following the war, he attended Rensselaer Polytechnic Institute in Troy, NY, under the GI bill, where he majored in electrical engineering. In Troy, he met his future wife, Wilma Doris Simon, a budding concert pianist, then still in high school but soon to be a student at The Juilliard School in New York.

Machover went to work at Norden Laboratories Corporation in White Plains, NY, and published the primer Basics of Gyroscopes (1960), a classic that combined lucid scientific description with witty hand-drawn cartoons intended initially for the Norden sales force. He then moved to Skiatron Electronics & Television Corporation where he helped form a subcontractor RMS Associates to build and market CRT character generators. RMS later changed its name to Information Displays, Inc. (IDI) and created the stand-alone computer-aided design (CAD) platform the IDIIOM (IDI Input-Output Machine). IDIIOM had its own operating system based on the Varian 620-I computer, a DEC PDP competitor. In 1976, he left IDI to form Machover Associates Corp (MAC), a computer graphics consultancy which became known internationally for providing a broad range of management, engineering, marketing, and financial services to computer graphics users, suppliers, researchers and investors.

The website of the European Association of Computer Graphics reflects the esteem in which Machover was held by his colleagues around the world: “A man of charm, wit, integrity and authority. His words carry weight; the weight that comes from a lifetime of experience and reflection. He has an eye for detail and illustration through the carefully selected example. He is also a man of vision and foresight. His lectures are always a careful balance of reflection on the past, experience of the present and vision for the future.”

Machover inspired deep and lasting affection among his many admirers. Andries van Dam, Professor of Computer Science at Brown University, fondly recalled “his infectious optimism and goodness, his raucous laughter and great raconteurship, his incredible gift for cartooning that he could have turned into a profession,” and marveled at the Machovers’ 61-year marriage as a “role model of utter devotion and abiding love.”

The vast personal collection of papers amassed by Machover is now housed at the Charles Babbage Institute at the University of Minnesota. The Institute notes: “This is a large and unique collection of rich archival materials providing unparalleled documentation on the emergence of computer graphics.”

In Memory Of Carl Machover