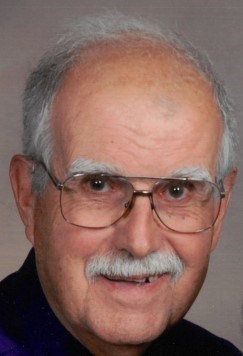 Roger N. Casey, 86, passed away on Saturday, January 21, 2023, at Home in Cambridge City, surrounded by family. The son of the late Laurence and Lillian (Cash) Casey. Roger was born on May 1, 1936 in Rochester, NY. They moved to Muncie, IN in 1953. He graduated from Burris High School in 1954 and from Purdue University in 1958 with a B.S. in Animal Sciences. Proud Member of the John Purdue Club. Roger married the love of his life, the former Joan Ross, on June 27, 1959 at High Street Methodist Church in Muncie, IN. They moved to Cambridge City, IN in 1962. Roger served in the U.S. Air Force from August 1958 to August 1963, and was Honorably Discharged with the Rank of Airman 2nd Class. He was called to Active Duty at Lackland Air Force Base (TX) during the Cuban Missile Crisis. Roger was a man of many talents and skills. Roger’s work history included:Branch Manager, First Federal in Cambridge City; Pharmaceutical Representative for S.E. Massengill (became Beecham) Pharmaceuticals; Public Relations Representative for Indiana Farm Bureau. Self Employed Owner of: GBS – Small Business Consulting; KC Landscape Management – Landscape Contractor, Vinyl Fence Sales & Installation, and Property Maintenance; Program and Souvenir Sales for Daytona International Speedway Events (Daytona Beach, FL). He worked most of these positions while operating farms in Losantville and Cambridge City growing crops and raising angus cattle, which he had a great passion for agriculture and animals from working on farms at a young age. Roger was very active in the community. A member of Jaycees including Charter President of Cambridge City and District Jaycees Representative; Committee Chairman for Richmond Chamber for Agribusiness (1985-1988); Board Member of Wayne County Zoning Appeals (1998-2017); Member of Centerville Christian Church and served as Trustee; Associate Member of Christ Presbyteran Church (Ormond Beach, FL). Roger’s interests and hobbies were as varied as his job talents. He loved anything to do with Cars. He raced (and trophied) in several Auto Crosses, Rallyes, and Gymkhanas across the Midwest. Driving an MGA, then a Porsche 356, and then an Austin Healey 3000. In addition to sports cars, he had a passion for 40s and 50s Mercurys & Fords. He was a member of the FORD V-8 Club. He became a Senior Master Judge for the Antique Automobile Club of America (AACA) in 2013, having judged 50 events (40s & 50s Ford/Mercury Classes) across the U.S.. He was a self taught restorer and repairer of automobiles. Always had a project in the garage. He attended racing events (TransAm, CanAm, Indy Car, NASCAR, Rolex 24, AMA & SCCA) with the Family in tow across the U.S. (Daytona International Speedway, INDY, Michigan International Speedway, Kentucky Speedway, IRP, Mid-Ohio, and Pikes Peak to name a few). He loved reading and listening to Classical Music & Broadway Musicals. His cousin performed as Carmen with the New York Met and across the U.S.. He loved boating and waterskiing. Spent several years organizing a family vacation in Lake Cumberland State Park that grew from one cabin to four cabins. Survivors include his wife of 63 Years, Joan Casey; two Sons, Scott Casey (Ormond Beach, FL) and Todd Casey (San Francisco, CA); three sister-in-laws and three brother-in-laws; and many nieces and nephews and their children who loved their “Uncle Roger”. He was preceded in death by his parents and a sister, Marilyn Coate. A Celebration of Life will be held at 11 AM, Saturday, February 4, 2023, at Centerville Christian Church, 111 N Morton Ave., Centerville, IN. Memorial contributions may be made to: American Diabetes Association, P.O. BOX 7023, Merrifield, VA 22116-7023 or diabetes.org. Fond memories and expressions of sympathy may be sent to the Family at www.elmridgefuneralhome.com
See more See Less

In Memory Of Roger N. Casey