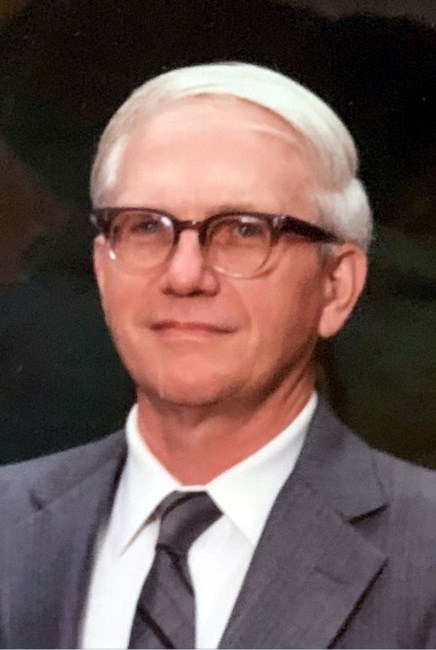 Charles Wesley Gound 87 passed away Thursday May 12th. Charles was born Oct. 6th 1934 in Weslaco, Tx to parents CW Gound and Dimple Averyt Gound. As a kid, Charles loved to fish and was very fond of music and centered in on the clarinet. Charles was a very hard worker and took a job delivering papers early mornings before school on a Cushman motorcycle. Survivors include brother Clarence Gound Jr and wife Gloria, nephews Jeff Gound, Jason Gound and wife Emily all of Nacogdoches. First cousin, Kitty Alice Snead of Dallas Tx and 2 great nieces, Avery Mary Gound of Austin and Jordan Dimple Gound of Nacogdoches. Preceding him were his parents and nephew Joe Gound. Charles lived in Houston Tx from 1949-1952 where he attended Reagan High School for 3 years playing 1st chair clarinet. In 1952, his Dad purchased Ben T Wilson Chevrolet in Nacogdoches and the family would move there. Charles would attend NHS his senior year and graduate in 1953. He attended Baylor University where he was First Chair Clarinet in the Baylor Band, graduating with a bachelor's degree in business in 1957. The following year Charles enlisted in the Army where after basic training he was able to put his clarinet skills to use again. He made the 5th Army band in Chicago performing in numerous parades. During his time in the Army, Charles enrolled in the Art Institute of Chicago taking night classes. Charles not only developed a love of art, but also purchased a manual 35 millimeter camera where he took many pictures throughout the city of Chicago. Charles's hobby of photography continued throughout the rest of his days. Later in life, he began photographing small East Texas town squares and county courthouses as well as documenting their many parades and festivals especially here in Nacogdoches. After his time in the service Charles returned to Nacogdoches and began working for his dad with brother Clarence at Gound Chevrolet where he worked in the parts department until 2020. Charles was a tireless worker that put in untold hours at the dealership most days staying several hours after closing. Charles attended night classes at SFA and graduated with a masters degree in English literature. Charles was a member of First Baptist Church from 1952 until his death. Charles always displayed a very quiet, peaceful temperament. He loved his family unconditionally and he though he never had kids of his own, he was the best uncle to his nephews. Whether it was bike rides or hide and go seek, he was game to spend countless hours with them. The family celebrated his life at a private graveside service at Sunset Memorial Park on Monday May 16th at 10am officiated by Pastor Emeritus Dr. Allen Reed. Charles leaves behind a great legacy through his family and the Gound Chevrolet business spanning 70 years.
See more See Less

In Memory Of Charles Wesley Gound