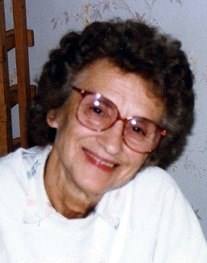 Aphrodite”Dite” Floras, 93, passed away peacefully at her daughters home in Litchfield, on November 10, 2016. She was born in Nashua, NH on January 18, 1923, daughter of the late Athanasios and Maria (Martin) Nehorites. She was a graduate of Nashua High School Class of 1940

Aphrodite was a loving and devoted mother to her six children, and was also a lover of animals. She was an avid reader of Western novels by Louis L’Amour, and enjoyed watching western movies, and taking trips to the beach. Aphrodite was also employed with Sprague Electric and Nashua Corp for several years.

There will be no visiting hours. A private graveside service will take place on Tuesday, November 15, 2016 at 10:00AM at Woodlawn Cemetery, 101 Kinsley St. Nashua. In lieu of flowers donations may be sent to the Humane Society for Greater Nashua, 24 Ferry Rd, Nashua, NH.

In Memory Of Aphrodite Floras