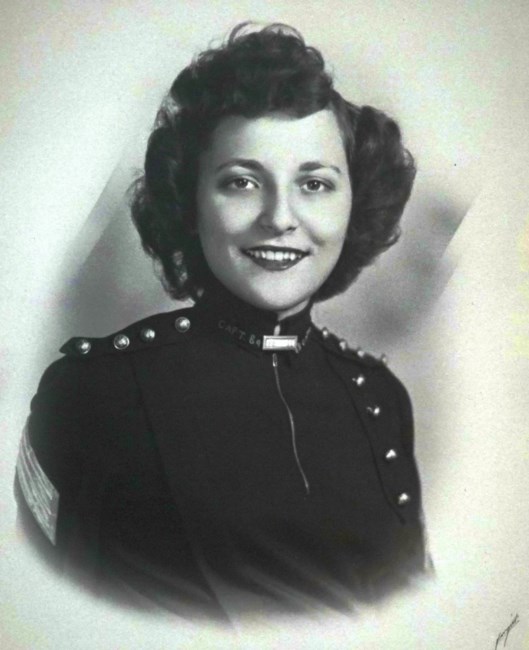 Evelyn Betses Loulakis, of Nashua, NH, formerly of Lowell, MA, died on Tuesday morning, 30 May 2017, in Nashua, New Hampshire, after a recent period of declining health.

Born in Lowell, MA, on 30 December 1928, the daughter of the late James and Stella Betses, Evelyn graduated from Lowell High School, Class of 1947. She went on to work as a bookkeeper throughout most of her career. Evelyn attended night courses at Merrimack College, while working full-time at the Lowell Gas Company. On 21 June 1953, she married Charles ("Charlie”) Loulakis and moved to Pontiac, MI. She was employed in the Pontiac Division of General Motors, Inc. as a bookkeeper.

Evelyn and Charlie and their growing family moved to Nashua, in September 1961, where she raised her family and worked as a key punch IBM operator at the Doehla Card Company, and later still at Raytheon Company.

She enjoyed spending time with her loved ones, and was quick with giving thorough and well-balanced advice, but only when asked. She is survived by two sons, Attorney Michael Loulakis and his wife, Attorney Karen Loulakis, of Great Falls, VA, and Mark Loulakis and his wife Michelle, of Nashua, NH, and her daughter, Cynthia Kaklamanos, and her husband, Attorney James Kaklamanos, of Nashua; seven grandchildren, Dr. James Kaklamanos and his wife Kristen, Christie Conticchio and her husband Peter, both of Nashua, NH, Alexa Card and her husband Brian, of Bedford, MA, Christina Solomon and her husband Richard, of Sherman Oaks, CA, Andrea Matthews and her husband Andrew, of Philadelphia, PA, Charles Loulakis, of Denver, CO, and Brittny Loulakis, and her fiancé, Timothy Cerato, of Manchester, NH. She is further survived by her sister, Dyanne Mitropoulis of Chelmsford, MA, and two sisters-in-law, Josephine Betses, of Kennebunkport, ME, and Priscilla Betses, of Nashua, NH. Evelyn was predeceased by her husband of forty-eight years, Charles, five sisters: Florence, Katherine, Helen and Penelope Betses, and Mary Lellos; three brothers, John, Andrew and George Betses; two brothers-in-law, Ted Lellos and Peter Mitropoulis, a sister-in-law, Stella Betses, and a nephew, Peter Lellos. She is also survived by numerous nieces, nephews, and cousins.

In Memory Of Evelyn Loulakis