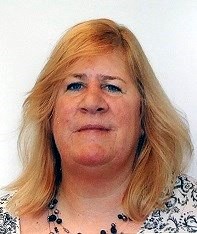 Lisa Henault Martin Milam passed away peacefully early Sunday morning, December 18th on Boston Post Rd in Amherst, NH. Born in Lawrence, MA, and later moving to Nashua in her teens, she loved living in Nashua for over 30 years. Though she had many achievements, the one she prided herself most on was being an amazing mother. A model of public service, she worked for many years helping Nashua's addict and homeless communities. Never asking for anything in return, she dedicated her life to helping those less fortunate. Her loss will be felt not only by friends and family, but by the city as a whole.

Lisa is survived by her mother Milli Wenzel and stepfather Carl of Vero Beach, FL, her stepmother Joan Henault, her children, Nicholas Martin, Katherine Haley, and Dorothy Milam, her brothers Kenneth Henault Jr. and his wife Kathleen of Londonderry, NH, and Charles Henault and his wife Sonja of Winston-Salem, NC. She is also survived by several aunts, uncles and cousins. She is predeceased by her father Kenneth Henault Sr.

In Memory Of Lisa Anne Milam